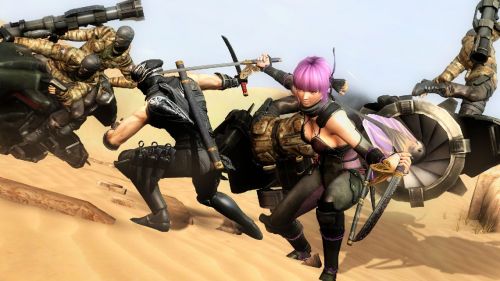 I have many great skills to my name; I can consume chocolate at an alarmingly fast rate, rest hot drinks on my belly and know the entire opening speeches for both Quantum Leap and Star Trek: TNG.  Unfortunately, none of these skills prove useful when translating Japanese.  Therefore, take of the new Ninja Gaiden 3: Razor's Edge trailer what you will, but some new co-op footage is definitely present.

Originally slated for a Wii U only release, Razor's Edge will now also be sneaking its way onto the 360 and PS3.  The main story will remain single player, but at least one co-op mode, Ninja Trails, will be added.  The below trailer was destined for the Japanese market, but that does not stop intrepid Co-Optimus writers.  It highlights some of the new playable characters that have made it into the game and also shows off some of the co-op play using side-by-side footage.