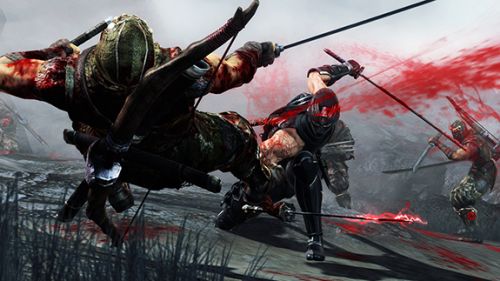 Ninja Gaiden fans will be happy to know that the Wii U no longer has exclusivity to Ninja Gaiden 3: Razor’s Edge. Tecmo Koei has announced that Razor’s Edge will soon arrive on both the PlayStation 3 and Xbox 360 consoles this spring!

Team Ninja’s latest installment in the Ninja Gaiden series has revealed their game’s expansion to most of the top platforms today. These versions will include much of the features, challenges, playable characters, and bonus content also found on the Wii U version. Like we’ve covered on the Wii U version side of things, Ryu Hayabusa and Ayane will serve as the main two characters of the game that two co-op partners can play together. Kasumi and Momiji will also be featured in the PS3 and Xbox 360 versions as well, who can then be used during Ayane’s own chapters in Story Mode. The three female characters can also be used be played in the Chapter Challenge mode and Ninja Trials co-op play with multiple costume options available to them.

Ninja Gaiden 3: Razor’s Edge is the most action-packed and feature rich Ninja Gaiden game ever created,” announced head of Team Ninja, Yosuke Hayashi. “The brutal combat will challenge the hardest of hardcore Ninja Gaiden fans while also rewarding them with tons of bonus content and new features including three playable female characters, new stages, and three times as many Ninja Trial missions.

Furthermore, Razor’s Edge will include bonus of all the previously paid DLC from Ninja Gaiden 3 attached. Other features include the Ninja Skills upgrade system, used for online play that let’s players use “Karma” as currency to buy customizable features for ninja’s used in Clan Battles.

Supporting up to eight players, five brand new Clan Battle stages have been added. Players can use all of Hayabusa’s weapons and Ninpo in Clan Battles, giving them access to their favorite methods of attack. The number of missions in Ninja Trials has been tripled to 100, and all four playable characters—Hayabusa, Ayane, Momiji, and Kasumi—can be used in this co-op mode.

Have your shuriken drawn and ready, as Ninja Gaiden 3: Razor’s Edge will be in retail or available in digital download format on April 2nd in the US and April 5th in Europe.