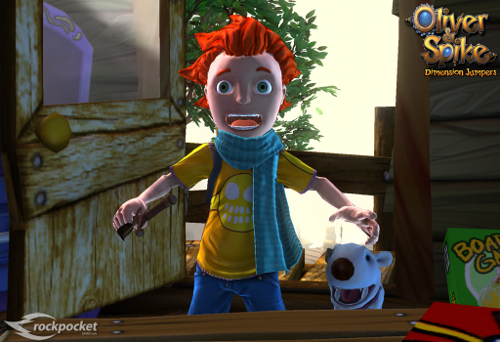 Co-op in Oliver & Spike is being developed from a parents playing with their kids perspective. Certain areas in the game will require two players to work together to make it through in one piece. These sections won't be solvable if you're going solo, but it will be an easy affair to switch back and forth between single player and co-op modes.

A demo of Oliver & Spike will be playable at GDC later this month. Some of the features it will include:

A firm release date hasn't bet set for Oliver & Spike: Dimension Jumpers. The game will hit multiple platforms, with PS3, WiiU and Xbox 360 targeted as the primaries with PC/Mac coming in second.