By the late 90's the era of 3D games were upon us.  And with that we saw the end of the classic 2d side scrolling co-op beat em up.  While a few games may have strived to bring the idea into the 3d world, very few translated the experience very well.  The Bouncer on the PlayStation 2 was a pretty poor beat em up that lacked co-op all together.  Game's like Urban Reign were perfect for co-op, but you had to use a code to unlock it.  The Red Star was a game, originally slated for a 2004 release, that didn't see the light of day to 2007 when hit the PlayStation 2.  It's one of the last truly exceptional co-op beat em' ups that did something news by combining gameplay from top down shooters with traditional beat em up action. 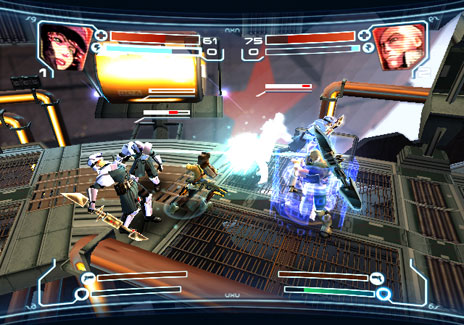 The Red Star was a game many people overlooked because of publishing troubles.

So while the genre may have all but disappeared, I'd say that certain games and genres are the spiritual successors.  Marvel Ultimate Alliance and the X-Men Legends series stick out to me as the new gen beat em ups.  Even games like Baldur's Gate Dark Alliance have extended what the D&D beat em up games did in the arcade.  We also have games like Castle Crashers, which is a throwback to the beat em ups of old.  If the popularity of a title like this is any indication, people miss their 2d co-op beat em ups. 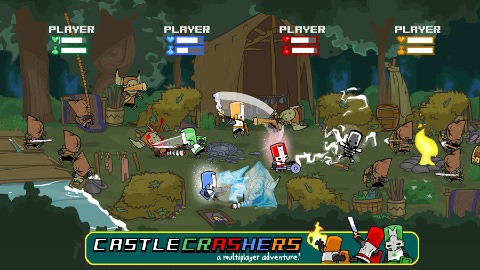 The best modern beat em up to date.

It's been a long journey for the beat em up genre.  It's one that most of us in our late 20's and early 30's have fond memories of.  An evolution of this genre is not ideal, but we'll take the co-op when we can get it.    I know I'd love to see some brand new next-gen beat em ups.  I want classic, down to the streets side scrolling style with some great co-op play.  There's no reason the genre all of us grew up loving can't make a comeback.   Until that time I know I'll be enjoying the Xbox Live Arcade, PSN and Wii Virtual Console re-releases of these titles!

I just want to note that I have missed and ommitted numerous games through this retrospective.  While your favorite game may not have been mentioned, I'm sure it played an integral part in this history.  We simply only have so much room to write.