Shortly after Double Dragon, Capcom launched Final Fight in the Arcades which was then ported to 15 different platforms, including most recently, the Virtual Console on the Wii.  The game shared a lot of commonality with Double Dragon, but now players were given the choice of three characters, each with their own strengths and weaknesses.  Whether you wanted the slow and powerful Haggar, the fast and agile Guy or the balanced Cody; players were asked to work together and form the perfect team to pound faces in. 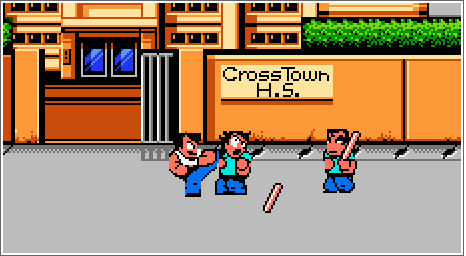 Don't say that about my sister! - River City Ransom NES

As the early 90's hit the arcades continued to be a popular stomping ground for these side scrolling beat em ups.  Soon movie and tv tie-ins became prevalent with the likes of Aliens vs. Predator, The Simpsons, Teenage Mutant Ninja Turtles and many, many more.  But another trend started in the 90's thanks to the popularity of a little home console from Nintendo.  River City Ransom launched in 1990 on the NES and helped set a new standard for beat em ups on the home console.  While still retaining what made the previous games so popular, River City Ransom added a pseudo-rpg style system that allowed you to level up your characters over time.

Soon we began to see games pop up on both platforms, with the likes of BattleToads  starting on the NES and soon after landing on the Genesis.  BattleToads was always hailed for it's incredibly difficult nature, and certain levels in the game still instill rage in players.  BattleToads was so popular that it actually began to cross over with other Beat Em Up games, as one of the sequels, BattleToads and Double Dragon was released on both the NES and Genesis. 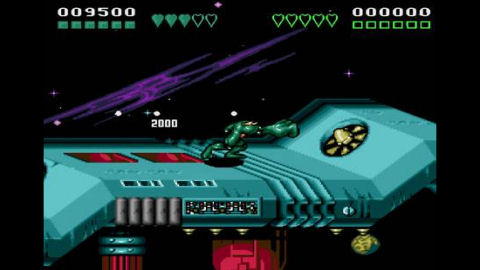 Battletoads was the cause for many broken controllers.