Are We Having Fun Yet?

People can debate back and forth about whether or not games are art, but no one can debate the fact that games are fun.  And who wouldn’t want to share that fun with others?  While our resident Artist and Co-Opticast Host Mike “Pheriannath” Katsufrakis may have been the only one to state this outright, he is certainly not alone in wanting to share the fun of playing games with others.

Why has co-op gaming seen a resurgence?  The answer is pretty simple: It's fun to play together.  Kat's example of the old multiplayer arcade cabinets is how I got introduced to co-op play (though I cut my teeth on Gauntlet).  As an arcade hound, pretty much all of the gaming I did as a young lad was co-op.  With the advent of structured networks of players, such as Steam or Xbox Live, it became much easier to bring gamers together.  Developers remembered how much fun co-op play was, and now that they could easily bring players together, started to implement the feature more and more often.  Now that the pieces are in place, co-op's triumphant return is pure momentum.  It's the way I see the industry moving as multiplayer experiences become more important in a game's life cycle. 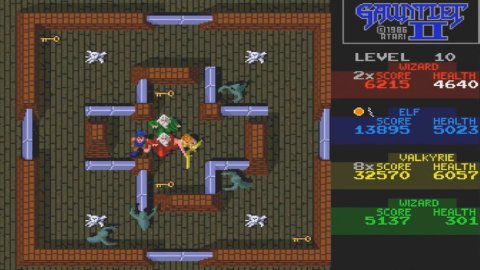 The Only Thing That Will Redeem Mankind is Cooperation

Playing Call of Duty 4 night and day “pwning noobs” and racking up headshots left and right is certainly one way to enjoy video games.  But in the end, does this just drive us, as a community, further apart?  Editor Jim "txshurricane" McLaughlin, Silicon Knights’ President Denis Dyack, and Schizoid’s Technical Director and Lead Programmer Jamie Fristrom believe that cooperation is greater than competition when it comes to video games.

To me, the answer is simple: generational differences.  Online capabilities have removed the obligation to behave at least a little bit.  How many of us can seriously say that we sang obnoxiously or started screaming insults during a four-player local Halo match?  Very few, I'm sure.  Now, it's commonplace in the lobbies of games like Call of Duty 4: Modern Warfare, Halo 3, and Gears of War 2.  Which is not to say that anonymity is not present in online co-op games, because it is.  But when players are joining a match in the spirit of working together instead of agitating each other to death, your chances of getting a singing troll at your side are slimmer.  I would go so far as to say that Xbox Live would not be able to charge $50 a year without tens of thousands of parents paying for it to placate their trolls.  Co-op has always been fun...now, it's prudent. That's my take.

I think competitive gameplay can tend to be more on the anti-social side in some ways.  There are people who can spend a lot more time, with the average consumer getting older - with the average being something like 39 years old, I myself don't have the time to be the best at Counter-Strike anymore.  I used to play it all the time and I loved it, and when I was younger and could put more time into it, like 8 hours a day and give up sleep, and get to work the next day and still be cognitive.  Those days for me are gone.  This is a much more casual cooperative, helping people out, and I think co-op from that perspective is catching on.  It's just a little less intense, but it's still just as fun.  It allows people to be more social over Xbox Live, and certainly services like XBL definitely help that.  I think that you are going to see with more connectivity that we'll probably lean towards more cooperative than competitive.  I don't think competitive is ever going to go away.  The cooperative space has been small, and really hadn't really thought about it.  They just went right to competitive right away.  But now that it's been actually more of an even balance.

It seems obvious, but...most videogames are solitaire - which is great, they're a wonderful way to kill time, I've played thousands of them, but in the end you're just playing with yourself, right?  But when you play with others most of what's out there is competitive games.  Which sucks; that's not a great way to be social, to find a friend or a stranger and either try to humiliate them or be humiliated by them.  So, it sounds touchy-feely, but co-op is just a great way to bring people together.  Hell, that's how I keep in touch with my brother on the east coast - we play co-op games together.  We started doing it with Diablo 2 and we're still doing it with games like Gears and R6LV and now Schizoid. 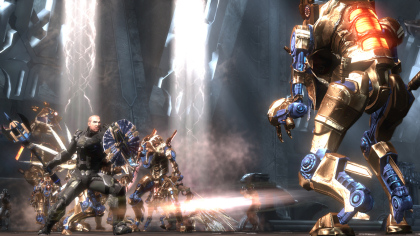 There are a lot of different ideas about why co-op gaming is on the rise, but the important part is that co-op gaming is on the rise.  While we here at Co-Optimus are thrilled that we can celebrate a one-year anniversary, we’re even more thrilled that the games industry and, most important of all, you, the gaming community, recognize the importance of co-op gaming and choose to make or play these games.  As the next year of games is starting to kick-off, we promise we will continue to bring you all the latest and greatest in co-op news.