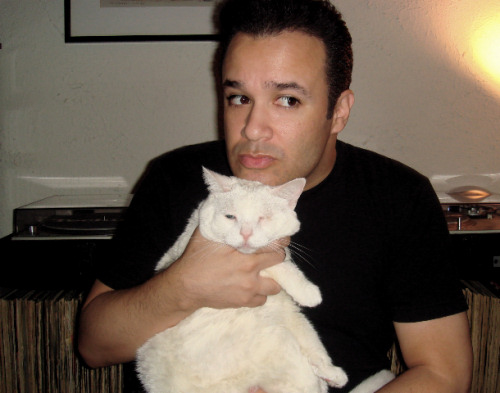 This is Carlos and Winslow, they have mob connections.

Katrina: At New York Comic Con 2009, you had some pretty big news to share with fans – I believe it had to do with a major (exciting) voice role. Would you care to elaborate?

Carlos:I am the voice of Michael Corleone in "The Godfather II."

Katrina: As The Don, Michael Corleone, Were you given the task of trying to emulate Al Pacino in the game, or were you given free reign to do with it as you please?

Carlos: I can't really say, but I will say that I think Godfather fans won't be disappointed.

Katrina: Mobsters usually have a backup guy in case things go sour, right? Do you anticipate any sort of co-op gameplay for The Godfather II?

Carlos:I feel like Michael testifying before the Senate committee "I have not taken refuge behind the 5th amendment as it was my right to do so.." LOL
I really can't say unfortunately.

Katrina: On behalf of the Co-optimus.com staff, congratulations once again on the role of The Don! Thank you for sharing some of your experiences with us!

Carlos: Thanks so much to you. This was a lot of fun.