Co-Optimus - Interview - 50 Cent: Blood on the Sand is More Than Just a Gears of War Clone - Our Interview 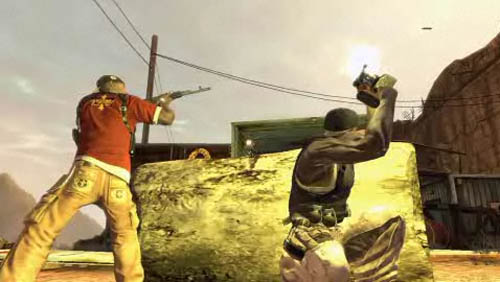 Co-Optimus: Is there any split screen play?

Julian : There’s online co-op and leaderboards but no split-screen play. We’d have loved to have included couch co-op but, again, we just didn’t have the development resource to deliver on this feature to the required quality level.

Co-Optimus: One of the common problems today with co-op gaming is it only focuses on player 1's experience, does Blood on the Sand allow player 2 to save their progress as well?

Julian : I know what you mean but no, we don’t allow Player 2 to save their progress.

Co-Optimus: As shown by the trailers, Fiddy has mad peeps in da club. Surely his Escalade can fit at least 4 in it...even with a 30 inch sub in the back. Why was the decision made to go only with 2 player co-op?

Julian : Lol. No doubt it can. When scoping the game we only wanted to work on features that we knew we could deliver on to the required quality level – taking on a 4-player co-op game, with full anytime join, would have just been impossible in the time-frame. We’ll add it to the wish-list for next-time! 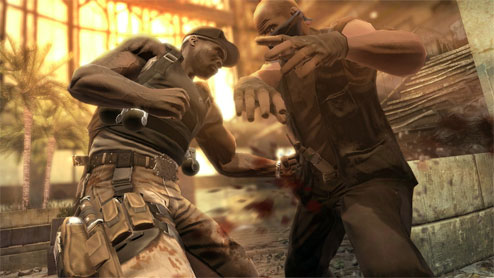 Co-Optimus: When the game was first announced, we sort of didn't take it seriously. But soon we started to hear good things, and then we started to see good things. Are you happy with the way the game turned out? What surprised you the most with it?

Julian : Ha. You know I think a lot of people were in the same position as you. I’m not sure folks were expecting much at all from the game when it was first announced. In the final analysis I’m really happy with the way the game’s turned out, however, as I know the team are. Of course there are always things we wished we could have done differently – there always are –the end product has more than achieved the objectives we set for ourselves and that were required by the license though, and this is what really matters. What’s surprised me the most? Probably the way people have responded to the over-the-top arcade feel of the game. Creatively this was always something of a risk as we were intentionally taking a really old-school approach to the experience – that people have bought into this and are enjoying the game because of it validates the decision. This is great to see.

Julian : It’s got to be playing the helicopter level for the first time with a friend. Shooting doesn’t get much better than that.

Thanks to Neal from THQ and Julian for their time!