Brink is a game we've been watching closely ever since it was announced in June of 2009. Its unique art style with bright colors and exaggerated characters immediately caught our eyes, but it was the announcement of 8 player co-op with drop-in and drop-out play that really hooked us. Recently, I got my hands on an early PlayStation 3 version (it'll also be out on 360 and PC) of the game at a hotel in NYC overlooking Bryant Park. Sitting down with other members of the media and with members of the Splash Damage team around, I went to the Brink and I think you'll like what I saw.

After watching a brief cinematic giving you the back story, you are given a choice - save or escape the Ark. The Ark is a giant floating city set in the ocean after Earth became flooded. Originally designed for a small amount of citizens, the population has simply grown too big for it to handle. By "saving" the Ark you take the side of the Security, a police like force trying to put down the Resistance. The Resistance on the other hand are a more gritty group of thugs attempting to leave the hell hole they live in. 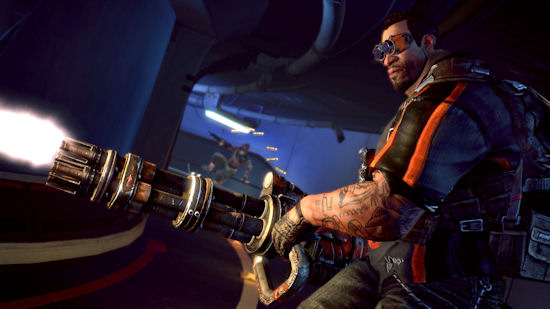 Brink lets you customize up to 16 persistent characters that you can use through your campaign, co-op and multiplayer. Characters start with a base body type - heavy, medium and light with certain weapons and abilities locked depending on your body type. For instance, the light class is capable of moving across and climbing up objects much easier than a heavy character, but the heavy character is capable of wielding more powerful weapons. Obviously the medium is the balance of the two - and with Brink's levels designed for sliding, climbing, and movement using the SMART system, I tend to think most players will lean in this direction.

As you progress through any part of the game you'll earn XP and unlock tokens to purchase and customize your characters and weapons. Each one of your characters have two distinct looks, one for each side. Simply pressing the a button in the character editor lets you see what your character will look like on each side - and each side has unique and specific items to use. So while the Resistance might have a bad-ass looking hockey mask for your face, the Security would have a pair of police style sunglasses or a mustache called "The PI." I was really impressed with the character customization and spent an enormous amount of time just sitting and tweaking things like facial hair, body armor, and tattoos. Speaking of tattoos, one interesting side affect of applying one is that's it's permanent on your character - no take backs later. Finally the last piece of making a character "you" is choosing one of 8 voices. 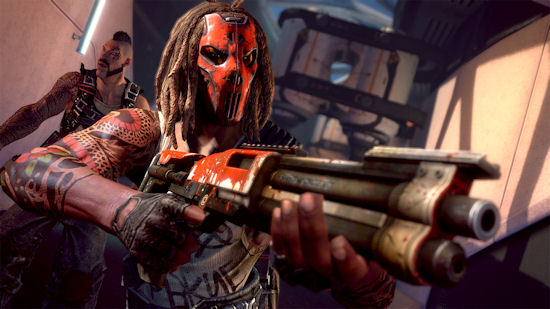 As deep as the character customization is, it gets deeper when you approach the weapon system. Using this you can modify all of the 24 weapons in the game to suit your play style. Little tweaks like magazine size, grip, sights, and muzzles change a weapon's look as well as the way it behaves and performs. I asked Paul Wedgwood, founder of Splash Damage, about this - wondering if this could hurt player balance in multiplayer games. He assured me that there's always a trade off for adding a piece to a weapon - so while a gun might end up being more "powerful" it would probably be less accurate, slower to reload, or some other detrimental factor.

Finally after all this customization for your character there's a perks like system that allows you to customize the abilities of your character classes in the game itself. These perks can be for any class - like combat intuition which puts little yellow indicators on the screen so you know where you are getting shot at - to specific perks for classes like giving medics the ability to revive themselves.