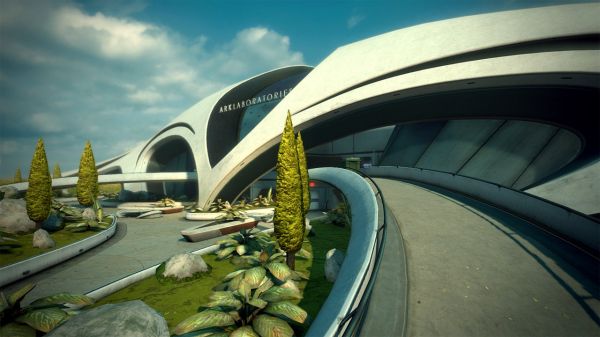 According to Splash Damage CEO Paul Westwood, the 8 player co-op game Brink has sold more than 2.5 million copies to date.  The game was released last year to mixed reviews, though Co-Optimus felt it was a solid title.

it's estimated [Brink] to have sold more than 2.5 million units worldwide, which at retail would mean that it's generated around $120-140 million in revenue

Despite these solid sales numbers and revenue, in the end, Splash Damage doesn't see anywhere near that amount of money.  The entire pipeline has someone taking a cut of the pie.  But there's big changes taking place at the UK developer as it's been revealed in a Gamasutra interview they are splitting into a three tier approach to creating games, and, for the first time ever - switching to the Unreal Engine for its projects.

The biggest news in all of this though will be a focus will be on free to play games.

So there's both an opportunity for us to create stuff that is really good quality that we really love making that isn't exploitative free-to-play crap, but at the same time to produce the types of games that large publishers wouldn't option - they simply wouldn't be the kinds of things that they'd want to make. Perhaps because the kind of money that they'd make wouldn't be enough to turn their lights on.

The three tier approach comes in the form of WarChest, Fireteam and Splash Damage.  These separate teams will all concentrate on distinct projects and platforms for these projects helping fund the development of each other.  The way I read it is like this - Fireteam will be creating a platform and tools for "connected experiences" - these tools will be used internally, but also licensed out to major publishers.  Then Warchest would create Free To Play type games that utilize the technology and those would in turn fund Splash Damage to create the bigger projects.

Where things get interesting for gamers is how Splash Damage is going to approach the virtual goods market.  Making them something more tangible.  To me, it seems like items you'd buy in one game might work in some way in another.

I think a lot of people, when they look at what they're building over time, they're not really thinking about virtual goods as a really important component of their game -- they think of it as just something they can sell to make money from. Whereas our long term plan for our games is really to think about what's going to create an everlasting, compelling experience for players.

The entire interview can be read over at Gamasutra with more detail on what Splash Damage is trying to achieve.  Either way, Brink seems to have been a success.