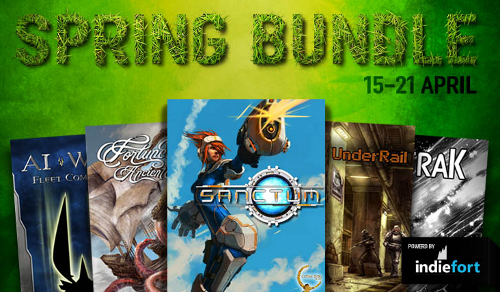 While Sanctum developer Coffee Stain Studios is busy trumpeting Sanctum 2, the IndieFort Spring Bundle would like to remind us that the original game is still around and is still awesome. Featured as part of a five game package, Sanctum fuses first person shooting and tower defense into one seamless experience. And yes, the four player online co-op is as good as you want it to be.

Also part of the bundle is AI War: Fleet Command, a slightly older space-based strategy game that supports eight player co-op games. And you know what? We reviewed AI War, so you can read all about it there. Spoiler: we liked it. Fake spoiler: the AI wins the war.

In addition to Sanctum and AI War, the IndieFort Spring Bundle also features the following games:

The IndieFort Spring Bundle will be available through April 21 for $7.99 with the option to pay a little extra to tip the developers.