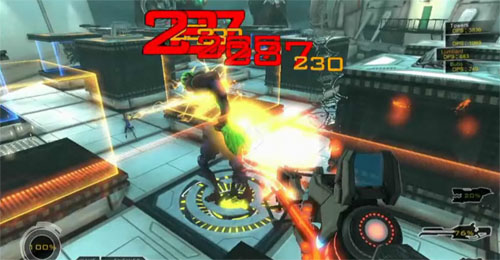 This past week tower defense/FPS hybrid Sanctum received both a free update as well as a DLC map pack. The patch, entitled Still Alive, adds a new weapon (the Tesla Gun) as well as two new towers (the Drone and the Accelerator) to the base game. The map pack (entitled Map Pack 2, who would have thought?) gives purchasers access to three new levels (Industry, Chasm, and Invasion) for the price of $4.99.

If you've always been intrigued by Sanctum, Steam will be having a free weekend for the game starting this coming Thursday and running through the weekened (October 11-14). During that time anyone with Steam will be able to play the game for free. If you decide to pick up the game, it'll also be 75% off during that time period. All Sanctum DLC is currently on sale for 20% off.