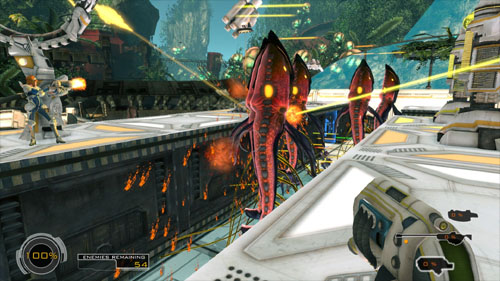 FPS/Tower Defense hybrid, Sanctum, was a game we quite enjoyed around here. We gave it a nice 4 out of 5 in our co-op review, and since then the game has sold over 350,000 units, enjoyed heavy content patches as well as DLC, and there's even been word that Sanctum 2 is on its way. Developer Coffee Stain Studios, however, is not content to just sit back and rest on their laurels - now they're hard at work on bringing Sanctum to Mac.

The Mac version is already in closed beta, and if you already own the game on PC you can help them out by beta testing it. "Sanctum Beta" should appear in your Mac Steam Library and you can simply download it and go. If you don't own Sanctum, you can apply through this form, and Coffee Stain Studios will be sending out keys to lucky applicants.

Sanctum supports 4-player online co-op, and will be released on Mac August 13th.