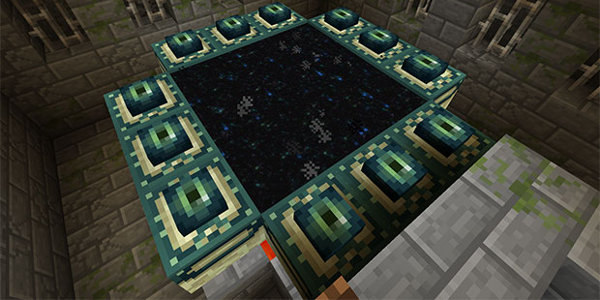 It was only a couple of weeks ago that the much sought after Minecraft: Xbox 360 Edition Title Update 9 that featured the quest to enter “The End” and slay the almighty Enderdragon. Unfortunately, bugs and other glitches have been seen and reported by the community to 4J Studios, who have been working out the kinks since then. We have the entire list of changes that will be made in the upcoming patch here!

Lag/lighting issues, as well as players have trouble with saving their games due to their Silver Memberships, were the main concerns of the community. 4J Studios addressed the issues and will be incorporating the fixes in Update 10. At least now we have a full list of alterations that Title Update 10 will bring to the table and inform the players with. Hopefully, these will settle what the previous one didn’t, making the awesome Enderdragon mission that much more enjoyable.

Take a look below and see what will be changed before deciding to dive headfirst into Minecraft’s latest content:

Update Details:
- Fix to Spanish localization data so ‘The End’ completion text is displayed on defeating the Enderdragon.
- Fix for Silver LIVE profiles getting an error message on loading a save.
- Fix for lighting bug causing unlit areas even when light sources were placed in these areas.
- Fixed slowdown caused by explosions (TNT and Creepers).
- Fixed frame rate slowdown in The End being experienced by some players until the Endercrystals were destroyed.
- Fixed crash when placing lots of Item Frames with Maps inside.
- Fixed collision box issue at the top of Ladders.
- Fixed issues with animals taking damage randomly, or falling through the wooden planks floors.
- Made Dispenser suck water/lava back into an empty bucket.
- Fix for Potion Bottles being launched from a Dispenser.
- Enabled placing Pressure Plates on Nether Fence.
- Fixed an issue with Fire Charges sticking at the edge of the world.
- Change to not be able to place more than the maximum amount of Paintings/Item Frames, rather than removing previously placed ones.
- Stop players from interacting with Item Frames and Paintings when ‘Can Build and Mine’ is disabled.
- Fixed the Custom Skin Animation setting not working.
- Play the correct sound on hitting the Enderdragon.

This update will also be included on the retail disc version of the game, having recently been delayed to include the content. No release date for Minecraft’s Title Update 10 has been announced, but we’ll let everyone know as soon as it’s announced. Don’t forget to check back here for all the changes made in Title Update 9.