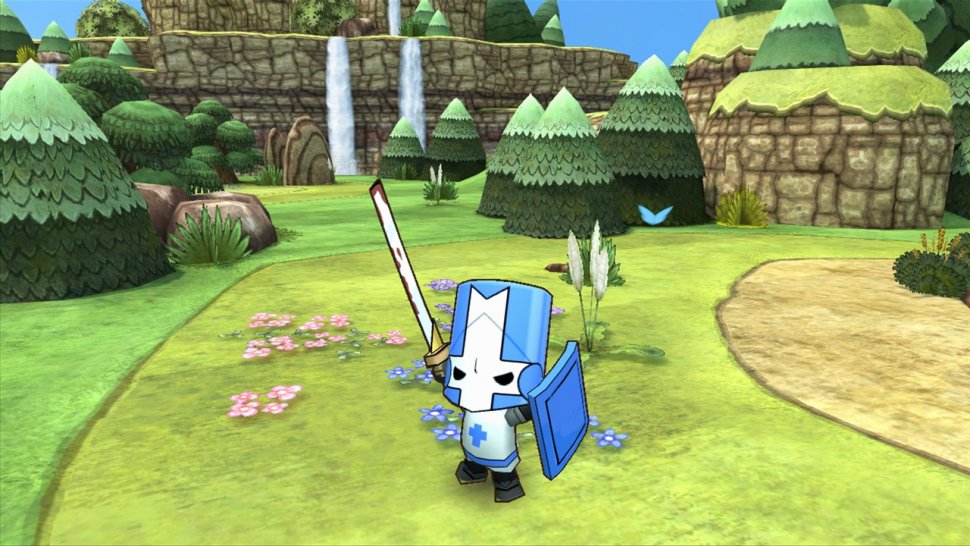 The fifth playable update for Happy Wars was recently announced by Toylogic Inc. This time around, in collaboration with another game developer, The Behemoth, Happy Wars will be gaining some Castle Crashers items to adorn players warriors with, along with an all new game mode to do battle!

Such a successful studio with their new game, BattleBlock Theater, The Behemoth has allowed for players to make their characters look like the Blue Knight or the Barbarian from their critically acclaimed XBLA title, Castle Crashers. Not only this, but the update will include a new game mode titled: “Extreme Style Match”. To obtain the Castle Crashers items, players will need to touch upon the mode first. Happy Wars Game Director, Yoichi Take, had this to say on the small crossover:

This collaboration has been a great honor. Castle Crashers, the creation by The Behemoth, one of the world’s greatest game developers, is one of the most popular Xbox LIVER Arcade titles. I hope to deliver more collaborations like this one with other Xbox game developers too, and make the game even more enjoyable for our more than 2 million Happy Wars fans all over the world.

As of right now, Happy Wars Title Update 5 will include the following:

No official release date for the update has been announced at this time, but we are given a handful of sweet screenshots to compliment the news. Happy Wars is a completely free, 16-player online co-op game for XBLA, so there's no reason not to check the game out at least once.