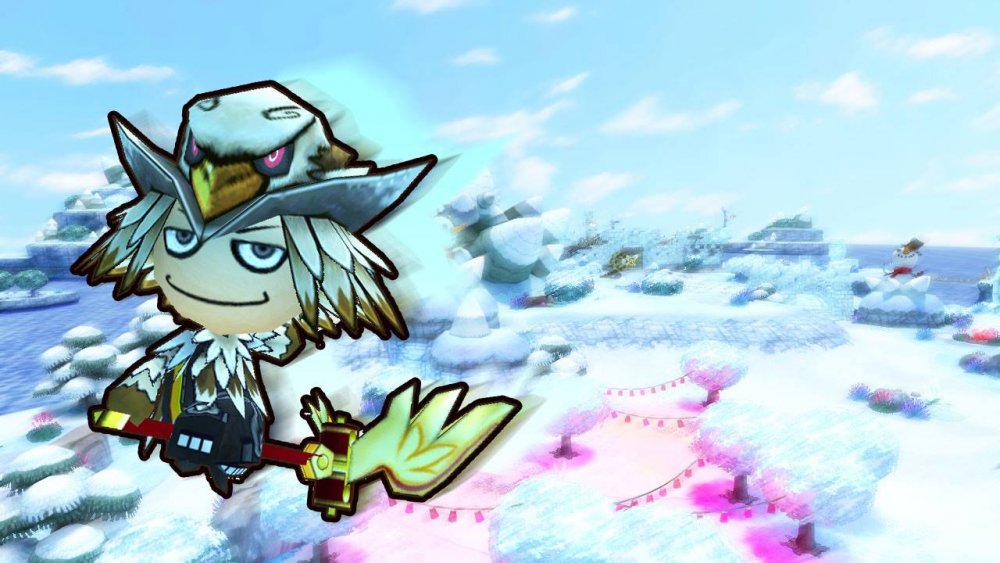 Happy Wars may have been out for almost a year now, but that doesn’t mean Microsoft hasn’t been keeping the game as fresh as possible with many new updates. Most recently, Title Update 8 for Happy Wars released with a new class, the Zephyr, information about a whole new co-op game mode coming up, and more.

The Zephyr class will mark the first new Mage class to be introduced since the game released last year. Apart from the Berserker class (released earlier this summer), we still are waiting for the arrival of the intended Engineer class to finish out the new playable ones promised from ToyLogic. The primary use of the Zephyr class is for crowd control, using elemental magic attacks (such as whirlwinds) to affect the battlefield and make the enemy think twice before charging in as a whole.

Furthermore, an upcoming new game mode called “Castle Defense Mode” features co-op players having to defend their castle bases as long as possible from waves of enemies. Do note, however, that this mode revolves only around an event that is to take place sometime soon.

Title Update 8 will also download automatically when you boot up the game, so no need to update the game yourself. Read on for more information about the other latest additions included in the update:

• The Zephyr, a New Mage class!
- New mage class for the experienced player, focusing on battlefield control.
- Unlock the Zephyr class by completing the required quest, which you can find listed in “Class & Equipment.”

• Castle Defense Mode!
- New co-op mode where you must work together to defend your castle at all cost.
- This limited-time event will kick off soon, so don’t miss it!

• Multiple Missile Skill for the Berserker Class!
- A powerful team skill that launches “Rocketman” for all participants at once.

• New ways to score!
- You can now score every few seconds by damaging more than 3 enemies continuously around an enemy position.
- Damaging the enemy castle gate also results in a score.
- Earn bonus points by destroying an enemy attempting to attack the flank.

Remember that Happy Wars is completely free to play on the Xbox LIVE Arcade, so there’s no reason to not give the game a try at least once.