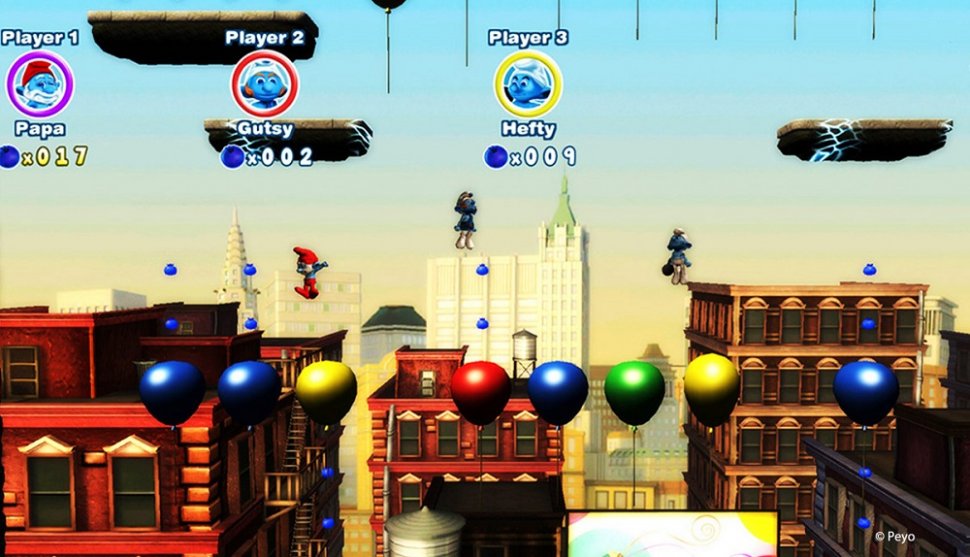 What the Smurf?  Smurfette has gone missing and we need help to get her back; 4 player co-op help.  The Smurfs 2 is an upcoming co-op title linked to this summer's box office behemoth of the same name.  The game is Smurfing out on the 23rd of July across PS3, 360, Wii and Wii U.  As a special Wii U treat, these gamers will be able to have an additional 5th player on the GamePad - that Smurfs!

The Smurfs 2 is a single screen platformer, similar in style to New Super Mario Bros U.  However, there are added puzzle elements as each Smurf has a slightly different skill that will help the entire group to progress.  Papa Smurf  is able to freeze the enemies, whilst Vanity can pose and act as a temporary platform.  Combining the skills of all 4 Smurfs (and on the Wii U, a 5th) will help everyone complete the level.

Movie tie-in games are notorious for being a bad bunch, but any family friendly local co-op title can still be fun.  Set over 6 worlds The Smurfs 2 looks a simple affair and, by being so, may also be a solid title.  Check out the trailer for a look at the co-op and the 'humor' on offer: