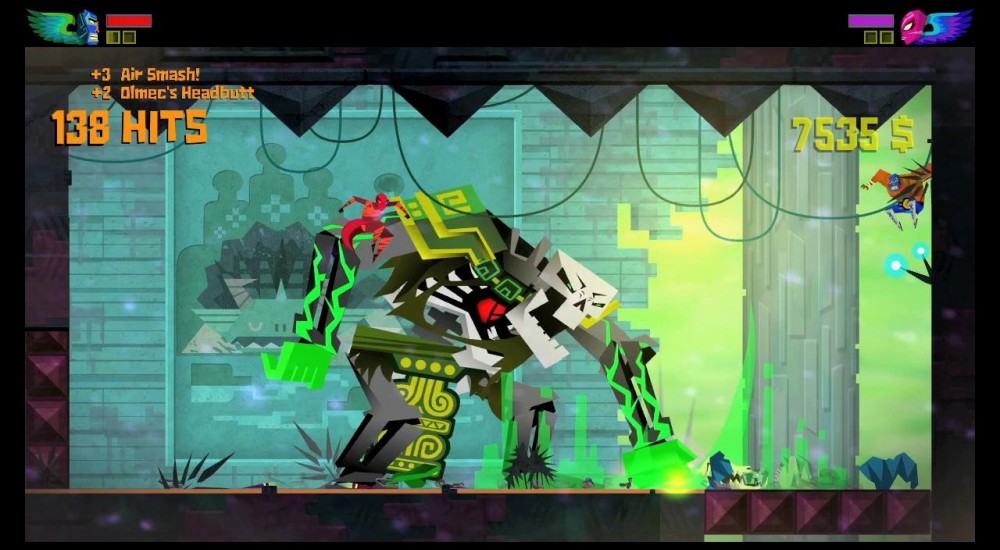 DrinkBox Studios announced earlier today that Guacamelee! will be getting new console versions of the game, all enhanced within a brand new edition. The Guacamelee! Super Turbo Championship Edition will be coming to consoles soon, so get your wrestling masks ready!

Thus far, this platformer title had only reached PlayStation and PC owners. DrinkBox Studios, however, couldn't let their fans down, wanting their game to be available on as many of the current gen consoles as possible. Not only will Guacamelee! be coming to the PS4, Xbox One, Nintendo Wii U, and  Xbox 360, but will also include a large amount of new content to dive into. New additions such as: an extended story with all new areas in the game to battle through, an all new boss character, all new player abilities, and many other enhancements will make this the definitive version to play. Even if you've already experienced the game before, it might be worth it to check out what the Super Turbo Championship Edition has to offer:

Currently, no official release date has been set for the edition, but we do know that a lot of love and care will be going into it. Ryan MacLean, Co-Founder of DrinkBox Studios, has assured us of this too:

“It’s always been our plan to bring Guacamelee! to additional platforms in order to share the game’s unique world with as many gamers as possible; however, we wanted to go one step further and provide fans with new content and features. We feel that Super Turbo Championship Edition’s new levels, enemies and abilities (did somebody say explosive eggs?) will provide armchair luchadores with the richest Guac experience ever.”

Guacamelee! is a 2-player local co-op game that is inspired by Mexican folklore and wrestling culture.