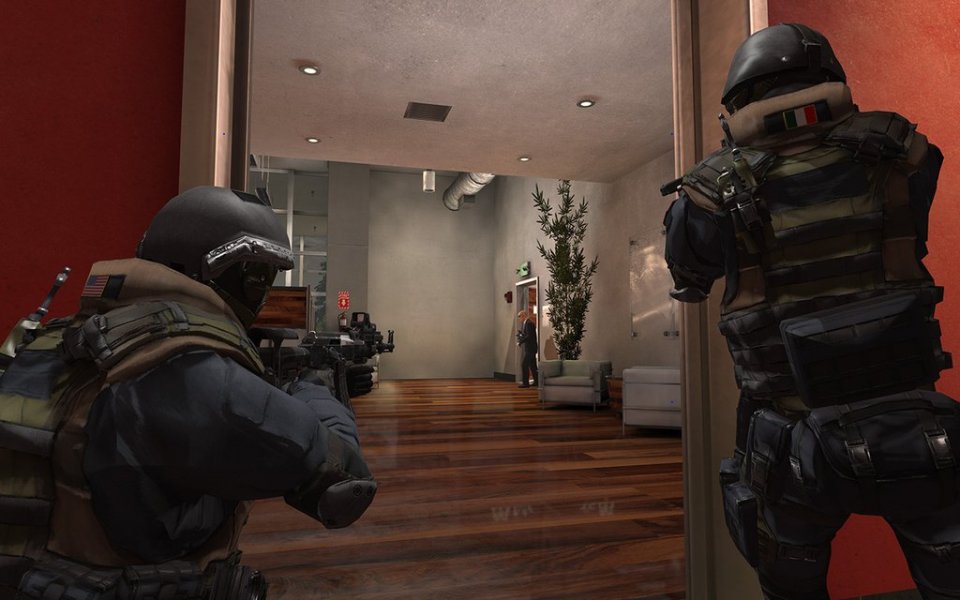 Tactical shooter Takedown was funded in March of this year on the hopes of bringing back the glory days of hardcore shooter fans who like their game with a bit of strategy. Today the game has been officially unveiled as Takedown: Red Sabre and is being published by 505 Games on the PC and Xbox Live Arcade.

The game is set to be released in the Fall of this year, but will be playable at E3 next week. Co-Optimus will be there for some hands on time with the game. Right now the team is shooting for squads of six to eight players for co-op through the game's non-linear maps. The missions are each designed to emulate the tactics employed by SWAT teams and SOF units in taking down small numbers of dangerous adversaries.

Here's a handful of screenshots from the game's alpha build - it definitely looks to be coming together quite well. As with any game like this a big component of it is how well the AI reacts to you - lets hope Serellan can deliver something compelling.