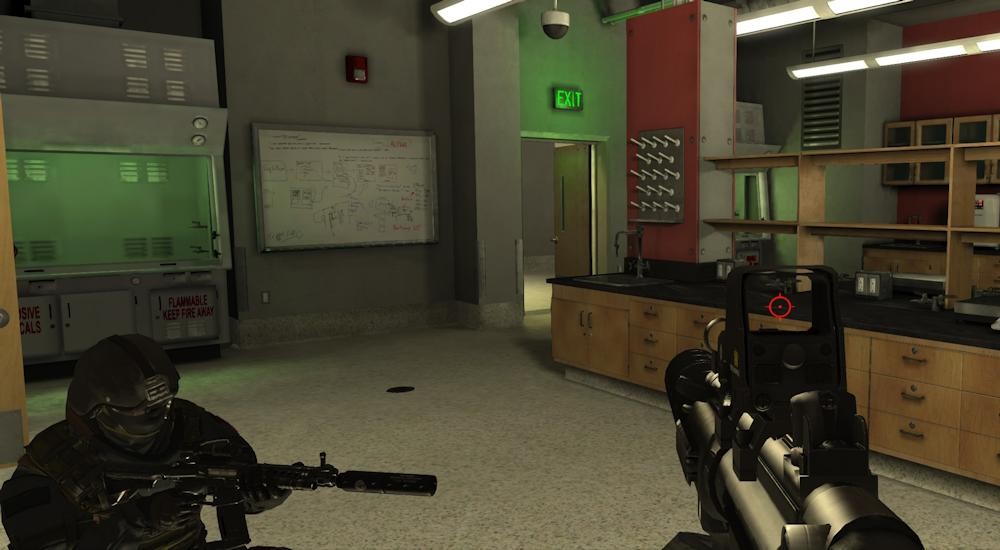 It's been almost a month since we've heard anything on Takedown: Red Sabre, the tactical shooter that came out for the PC earlier this year. It's a game we were pretty disappointed with, mostly due to bugs and quality issues. Along with the PC issues the XBLA version of the game was pulled right before release due to its own issues, but where do things stand now?

According to the latest update from Serellan there were connection issues on Xbox Live as well as an issue with USB storage and party invites. The network connectivity issues that were present on PC are not present on Xbox thankfully, it's a completely different path, but still there are a whole different set of problems on the console. The delay though is causing an additional benefit, Serellan is rolling in many of the improvements that PC version of the game has gotten since it's launch into the Xbox version.

Unfortunately 505 Games (the publisher) needs to work directly with Microsoft to set up a new launch window. That seems to be in the process now, but nothing is finalized.

A few interesting notes from the video is a lot of the issues the PC version of the game seemed to have around launch occurred because the team made a "strategic mistake" trying to dis-integrate Steam from the core game. Why did they want to do that? Apparently some of the bigger and more vocal Kickstarter backers for the game wanted a completely "DRM-Free" experience. In doing so, they split the PC networking and really made things convoluted.

The good news is despite all these bumps along the way for the small studio, they are committed to fixing everything and continue to provide free content updates and patches along the way.