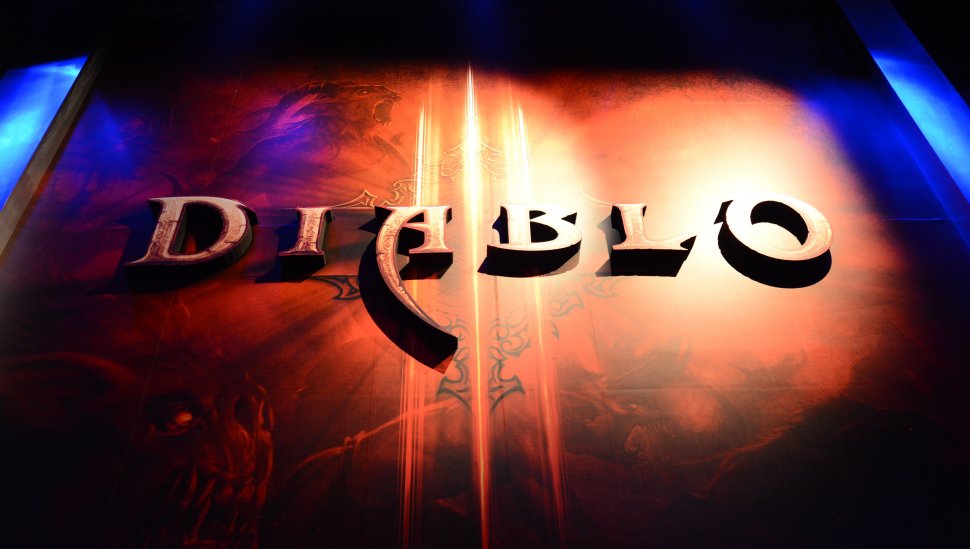 Diablo 3 on the console holds a lot of surprises. It's more than just a quick control scheme adaptation of the PC game released just over a year ago. Instead it's a finely tuned Action/RPG for fans with some great co-op features.

At E3 2013 we got to talk with Blizzard Entertainment and get some hands on time with the game running on the Xbox 360. The first thing you'll notice right away, aside from the gamepad controls, is that you'll have a few new moves at your disposal. All of the characters now have a dodge roll to help evade attacks giving the game an almost arcade cabinet like feel. Blizzard has carefully tuned the AI to take this new move into account as to not make the playing feel unbalanced. "Enemies know when to be more aggressive," Senior Designer Jason Bender told us, "if you roll around everywhere they'll make you pay."

Your main attack is bound to the A button while the rest of the buttons on the controller can be custom mapped to skills.  Depending on the character you can set up some pretty killer button combos for skill mappings. Rounding out the control changes are the radial menu on the  inventory screen which is used to equip and compare items.

The biggest change to the game is the quick pickup menu. It's something Tally talked about in her PAX East preview, but it was my first time seeing it in action. By pressing Up on the D-Pad you can cycle through the 10 most recent items you've picked up, get an at a glance comparison to what you are currently using, and equip or drop it if you so desire. A feature like this is great for co-op sessions of the game and it would be great if it was implemented in the original PC version too. Basically there's no need to break up the action with a - "let me just check my inventory" by the other players. In terms of co-op, Diablo 3 on the console supports four player online, local or combo. Mix and match where your players come from till your heart's content. Because players are tethered to the same screen and because of the lack of an auction house - Blizzard has made some core changes to the game's loot system. Basically the game won't drop so much crap - the exact number given was 70% less items. The regular vanilla items are simply converted to gold meaning the drops are more desirable and meaningful overall. Not only are less items dropped, but items dropped are targeted to a greater degree for your level and character.

*Clarification* - Online parties of players are NOT tethered to the same screen. Only those playing a local session together - which includes combo co-op.

The other issue having same screen co-op caused, was the fact the screens got a little busy once everyone was firing off spell effects and such. So Blizzard dialed it back a bit so it's easier to see what's actually going on. During our hands on time it didn't feel like they dialed back the sparkly effects, and while I rarely lost my character on the screen, there were times I had to roll out of a mob of madness.

The really nice thing? Diablo 3 on console rarely dips below 60FPS. It almost feels like a brawler. In fact we were told of the designers had a strong background in Street Fighter and they brought some of that inspiration into Diablo. I could definitely feel that while playing as a Monk in the short time I got to check out the game. I dare say it - it just felt more fun with the controller rather than the click click of the mouse.

With a little polish, Diablo 3 could be the best Action/RPG we've had on a console in a very long time. It's out on Xbox 360 and PlayStation 3 on September 3rd with availability on PlayStation 4 sometime later. An Xbox One version hasn't been confirmed.