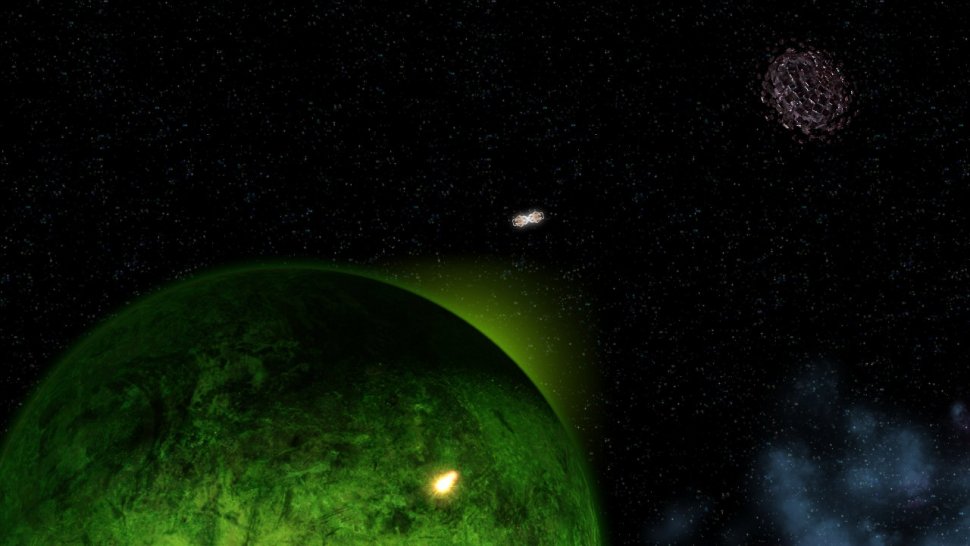 Arcen Games' flagship title, AI War, turns four years old this week. Four years! In today's seemingly "churn 'em and burn 'em" world of games, it's impressive that a title has not only maintained its lifespan for that period of time, but the developers themselves continue to support it and release new content for it. In celebration of this occasion, Arcen is offering a bundle deal of all that content for just $6, including their latest expansion: Vengeance of the Machine. It's easy math. 1 game plus 5 expansions = $6.

For those of you unfamiliar with AI War, it's a strategy/4x game that pits you and up to seven friends against a vast array of AI enemies. More than just a straightforward "comp stomp," the AI in AI War exhibits a vast array of behaviors that provides quite the challenge for any group of strategy gamers.

The new expansion adds a few new AI types, maps, and ships to the already vast array in the game and its previous expansions. Full details can be found in the press release below.

The AI's gotten kind of upset. Somewhere along the way it decided you puny humans need more interesting ways to lose (or win, if you're one of those people, but who are we to judge). Vengeance of the Machine offers new tools to the player (like Core Turret Controllers) and a new frontal-confrontation victory condition (Showdown Devices), but focuses on enhancing the already-incredible variety of your main opponent: the AI. The possibilities grow exponentially with the addition of the new "Dual Type AI" system (ever wonder what a single AI player would be like with Thief AND Speed-Racer? Find out!), AI Planetary Subcommanders, and Dire Guardians. They say the best stories revolve around an awesome villain, and this expansion takes AI War's villainy to new heights.

- 8 new AI types, from the honorable "Chivalric" which refuses to harass your Advanced Factories and other irreplaceables to the bleedingly-hard "Vicious Exotic" which eschews normal waves in favor of hammering you with massive Exogalactic Attacks.

This deal is available until June 24th on Steam and their website.