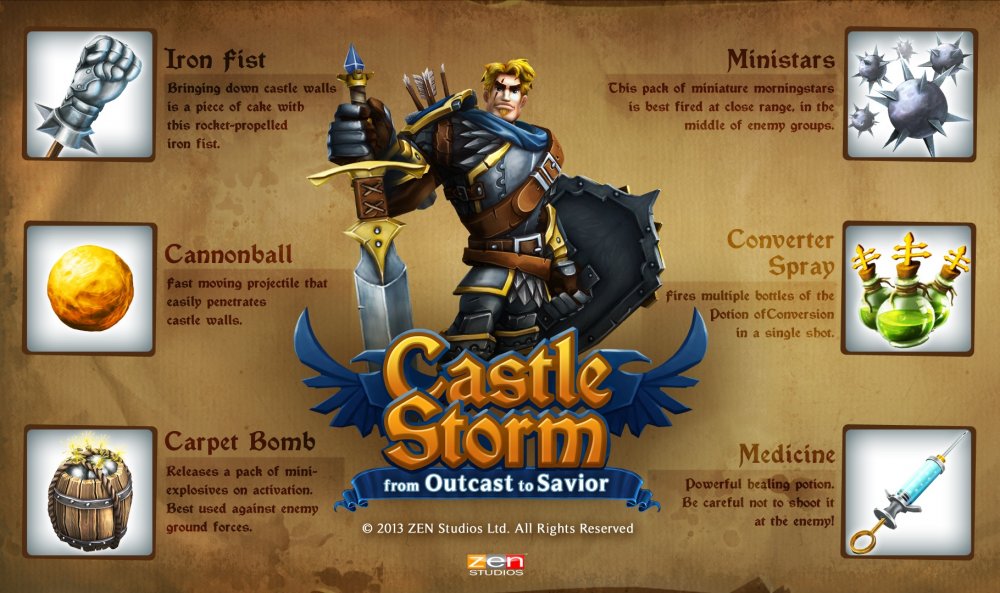 CastleStorm on XBLA is an addictive tower attack game by Zen Studios which may have had dubious co-op elements, but is a great single player experience.  The latest From Outcast to Savior DLC aims to improve both the single and co-op elements of the game with new weapons, characters and levels.

This DLC is available for 240 MSPs as of the 31st July.  It contains a new Royal Guard faction who bring with them a series of different weapons to fire on enemy troops and strongholds.  The weapons are a mix of the new and advances on projectiles already seen in the game - I for one cannot wait to convert swaths of enemy troops to my side and fling some rockets.

There are 20 battles to fight in the solo mode and new Skirmish and Survival maps to play in local 2 player co-op.  Want to see more?  Check out the DLC trailer below: