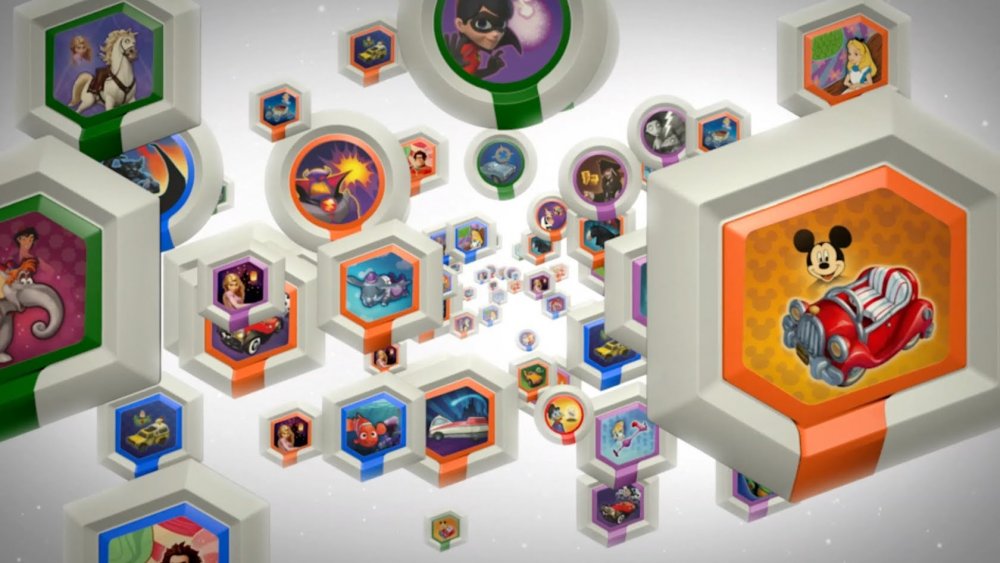 Thought Toy Box Mode was enough to work with in Disney Infinity? Think again! Disney provides us with yet another way to customize our Disney Infinity experience with “Power Discs”.

I walked into GameStop today and noticed on the upcoming display section for Disney Infinity these little things called "Power Discs". They are these little collectibles that go along with your chosen characters and instantly add additional trinkets, such as new attributes, new items to interact with and hold, even all new worlds to explore in the Play Set and Toy Box modes. All players have to do to activate them is to place them on the Disney Infinity recognition pad. Take a quick look at this instructional trailer describing the power these discs hold in-game:

They are featured as two different shapes, a hexagonal or a circular form, each providing different features. The hexagonal discs will include the equipped items, vehicles, and various other themes, while the circular discs will include the character attribute boosts. The Power Discs can also be stacked on top of one another to further mix, match, and combine together for all new possibilities. However, only three different hexagonal discs and two circular discs can be stacked together at one time to work properly. Additionally, three other discs of lenticular shape can be used to add special items not normally found, but they are exceptionally rare to find as these discs will be sold in sealed packs of two (there will be a total of 20 discs to start). These Power Discs will be available at the same time of Disney Infinity’s release on August 18th and will cost $4.99 a pack. Disney provided a list of details regarding these disc’s content, so be sure to take a look below to see what will be offered.