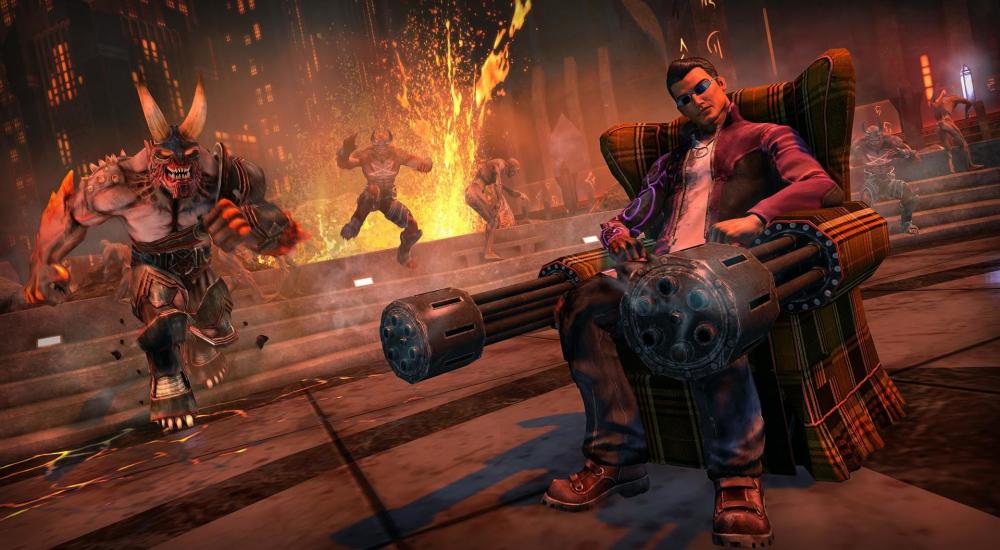 It's a tale as old as time.  Gangster becomes president.  President gains superpowers.  Superpowerful president defends the earth from aliens.  You've heard it a thousand times, and you'll hear it once more when Saints Row IV: Re-Elected makes its way to the Nintendo Switch on March 27th.

As evidenced in our review, the Co-Opticrew quite enjoyed Saints Row IV when it first released back in 2013.  Alongside the wealth of additional "Re-Elected" content, the Switch version reportedly provides improvements to the game's two player online co-op.  Personally, I'm slightly wary of intensive sandbox games getting released on Nintendo's portability-focused console, but it sounds like this version will be well worth looking into.

Saints Row IV and its online co-op are available on the Xbox 360, PlayStation 3, and PC.  The "Re-Elected" edition is also available on PlayStation 4, Xbox One, and soon, the Nintendo Switch.