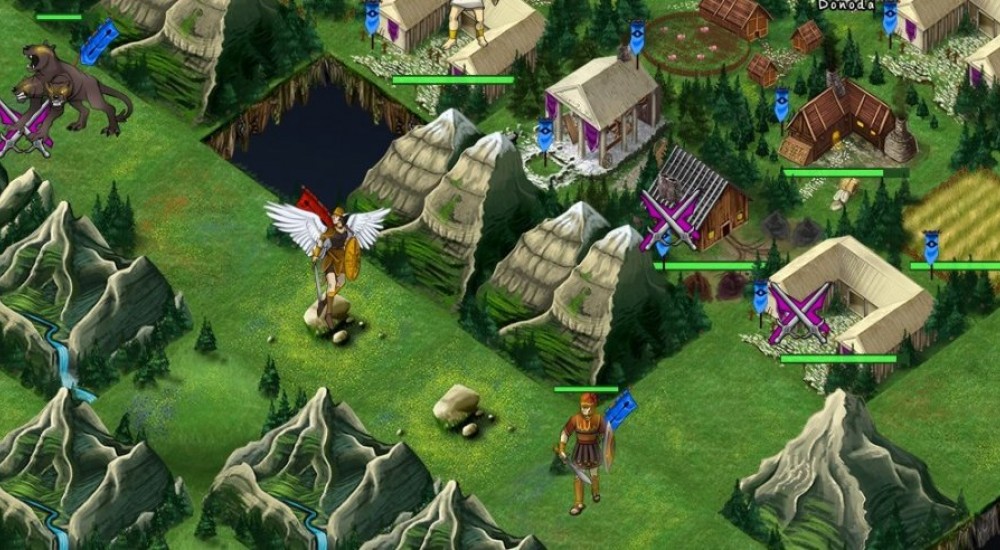 Skyward Collapse, the 4x/RTS/god game from Arcen Games, will be receiving its first expansion at the end of the month. As a quick background, the game revolves around you, an omniscient being, overseeing the development of two warring races and keeping those races from completely wiping each other out. It's a different take on the whole "god game" genre and one that I found quite enjoyable, even if the co-op had a few problems. The game's already gone through a number of tweakings and improvements since it's May release, and now it's getting it's first official expansion: Nihon No Mura.

The expansion, which is set to release at the end of August, adds a few interesting new items, top amongst them a 3rd faction, the Japanese. There's already an interesting balance back and forth between the Greeks and Norse, adding another faction to this mix would certainly create a whole realm of possibilities. The full list of features is listed below:

- Unique new Japanese faction with a completely new way of handling their gods.

- New "Hamlet Idyll" game mode that lets you play with hamlets without the military side of the game.

While there's no set release date for this expansion, it is currently available for pre-order on Arcen Games' site for just $2.99. As with all of Arcen Games' offerings, this is DRM-free, but you will need the base game to play. Fortunately, that only comes to $4.99, so you're looking at a whopping total of $8 for a lot of gameplay and fun.