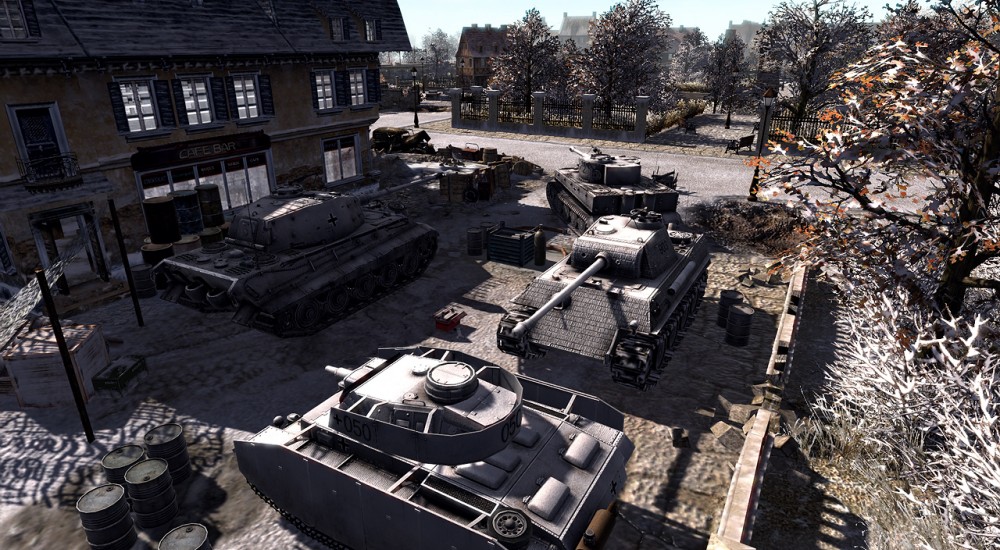 Amidst all the excitement of launch dates of the next gen consoles and launch line ups, there are plenty more games under development for the one gaming platform that never dies: PCs. Publisher 1C Company and developer Digitalmindsoft have recently announced the next game in their Men of War series, Men of War: Assault Squad 2. Still taking place during the height of hostilities of World War II, Men of War: Assault Squad 2 offers a fair deal of improvements and enhancements over the original.

The biggest innovation of this particular series over other RTS games is the "direct control" feature where players can place themselves in the shoes of their units and move them about using the directional keys instead of the usual point-and-click. It's a bit gimmicky, but could prove highly entertaining when you took control of a tank and steamrolled a group of enemy troops.

In the press release for the game, 1C Company mentioned a few of the enhancements coming to Men of War: Assault Squad 2:

This new Assault Squad game brings significant game engine and visual improvements as well, with special attention paid to ones that were highly requested by the players. These included items such as advanced multi-core support, advanced shader technology, interface and AI improvements, as well as added camouflage depending on season/map, fully updated inventory items with new graphics and updated vehicles, sound improvements, Steam multiplayer and much more.

Currently, Men of War: Assault Squad 2 is scheduled for a release in Q4 of 2013.