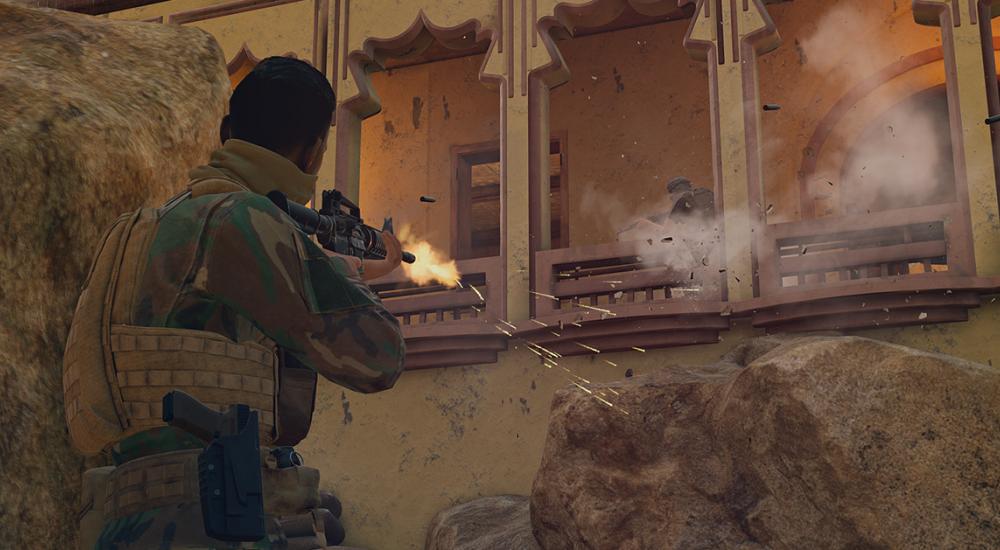 New World Interactive has revealed that Insurgency: Sandstorm will see a PC release sometime in September 2018. If you're unfamiliar with Insurgency, it began its life as a mod for Half-Life 2. The team behind it went on to develop it further into a stand-alone title, and are now enhancing THAT version to give us Sandstorm. While there are definite improvements, it also sounds like things haven't gone quite as planned (which I believe is the official motto for the games industry).

Back in January, the creative director, Andrew Spearin, left New World "to pursue other opportunities." As a result, the development team has had to do some shifting around and nix the single-player and cooperative story campaigns, and focus solely on the multiplayer modes and one co-op mode. From the January developer post about this:

As a team we have decided to make some shifts in the direction of Insurgency: Sandstorm. To start, the single player and cooperative story has been canceled for release, and will be considered again at a later date. This is due to its high production requirements and our commitment to deliver to our fans in 2018. The story was a very exciting and new opportunity for us as a team, but we felt we had to make a choice. At this moment it’s more important to us that we deliver a full multiplayer and coop experience that improves on Insurgency; one that is true to our style and what we feel we do best. We know to some of you this decision may be unexpected, and we’re sad to share this news, but this was a shift our team felt we needed to make.

So, if you were looking forward to the campaign with your friends, then that's a bit of a bummer. The good news is that refocusing their efforts on the multiplayer and co-op modes means that some improvements and enhancements have been made to the Checkpoint mode from the original Insurgency. What those changes are New World hasn't revealed just yet, but they promised "you’ll be seeing them soon enough."

Insurgency: Sandstorm is slated for a PC release sometime September 2018. PlayStation 4 and Xbox One versions of the game are planned and should be out in 2019. Co-op will be supported in the Checkpoint mode.