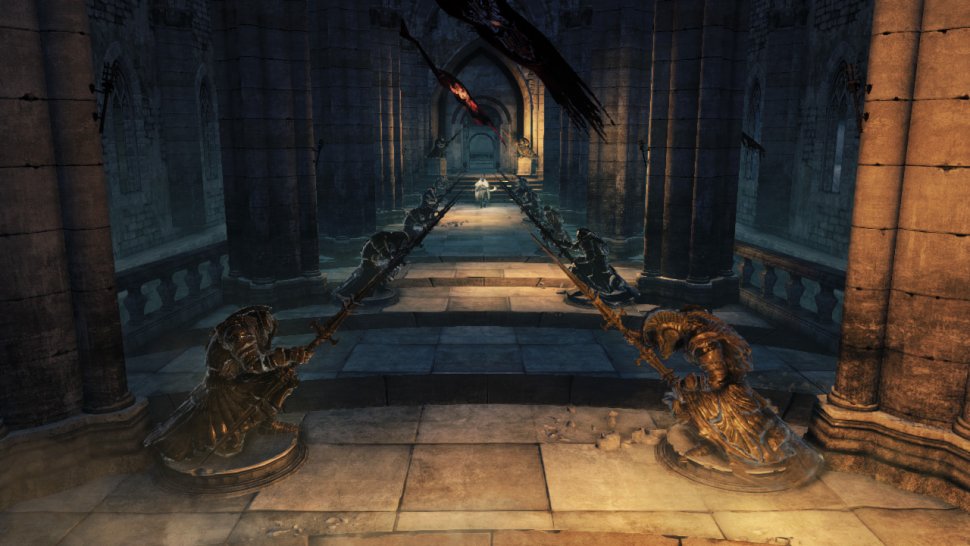 The sequel to Dark Souls (which is itself a successor to Demon's Souls) will enter closed beta in early October. Both North American and European PS3 owners should keep their ears to the ground for registration info.

On October 5, 2013, the Dark Souls 2 closed beta will begin. Namco Bandai promises the event will delve into the most treacherous areas of the Dark Souls 2 world, turning players loose in a brand new area filled with overwhelming enemy encounters and "diabolical challenges". Sounds like a Dark Souls game to us! Starting September 5th the official Facebook page will release news and information about the registration process. Time to start using your Facebook account for more than stalking people.

We've been following the Dark Souls 2 news closely these last few months, pouring over every teaser video like a hungry pack of stray dogs. We even had the chance to torture ourselves with some hands-on time at E3 2013. The game is scheduled to release in March 2014 for Xbox 360, PlayStation 3 and PC. It will support three player online co-op in a similar manner to its predecessors.