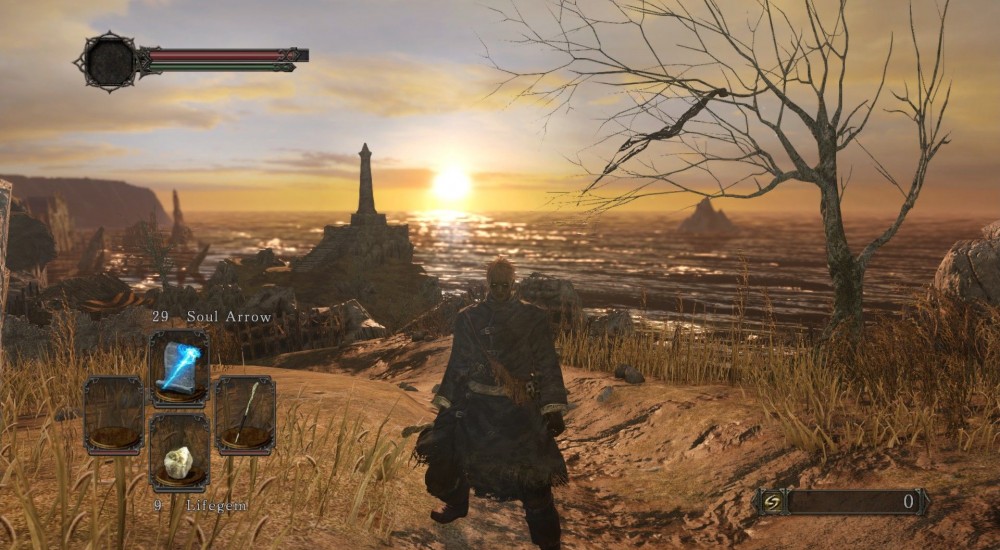 Dark Souls 2 is out now on Steam, an early surprise for folks who pre-ordered the title. The game was originally supposed to launch tomorrow, a few weeks after the console release, but somebody decided to push the button tonight. While we were impressed with the gameplay of the console version, there were times that it graphically just couldn't stand up. Now the PC version is here to offer some improvement in that department while retaining all the gameplay so many folks enjoy.

We've taken some screens and video of the options you'll find in the PC version of Dark Souls 2, but after you check those out we thought you might like to win a copy. Below we have the launch trailer as well as a quick graphical highlight of some of the early areas of the game on PC.  Click the button below the videos to enter for a chance to win a code - we'll choose FIVE lucky winners tomorrow evening.

For the most part we've been pretty impressed with the PC version of the game. While it isn't the best looking PC title, it's noticeably crisper than the PS3 or 360 version of the game. Textures are a lot more detailed, some character models look nicer, and some of the environments really shine well. Still there are other times you'll feel like the console version held things back. The good news, and the important thing is, the game plays nearly identical to the console release. We had almost no issues with a pre-release version of the game.

Good luck! And while you are waiting be sure to read our review and FAQ for Dark Souls 2!