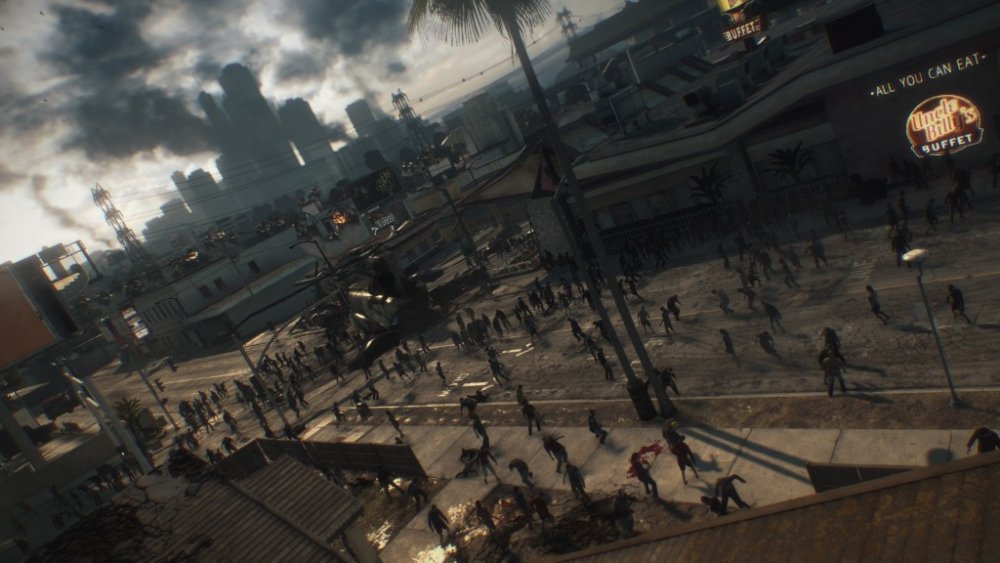 One of the biggest reveals for the Xbox One launch titles, Capcom is aiming to greatly expand on Dead Rising 3’s mechanics and features from the previous games.  This exclusive will not only boast the largest world in the series (by far), but co-op gameplay has been tweaked to grant players a much more convenient exploration experience. To start things off, the Dead Rising 3 game world is stated to be much bigger than both predecessors combined. In fact, Capcom representatives say that players will need to spend almost half of their time getting around with vehicles, mainly because the world is so ungodly huge. The new size increase will also be complimented in Dead Rising 3 by removing load screens when traveling between areas, saving players a ton of time:

"We wanted to go truly open-world this time around. No more load screens. With the biggest world that we've been able to make, with loads of zombies,” stated Executive Producer, Josh Bridge.

So far, we know that game focuses on a brand new character, Nick Ramos, and his personal encounters within the zombie plagued city of Los Perdidos, California. As the player’s survival strategies ensue, they will come in contact with the Psychos, crazed survivors who take the role as the series’ bosses. Dead Rising 3’s Psychos have been tailored to a seven deadly sins theme this time, such as the dark character, Greed, seen below. Additionally, we have been introduced to the co-op portions of the Dead Rising 3. Player number two will assume the role of a truck driver named Dick, who finds himself “in the wrong diner at the wrong time.” Yes, Nick and Dick will be able to team up together to fight against hordes of zombies within an online co-op mode. Unlike the previous games, players will be able to travel great distances separately and aren’t won’t be “tethered” to one another in exploration aspects. There will also be specific vehicles that can only operate within co-op, having one player drive and the other utilize on-board weaponry. Furthermore, co-op players will have the ability to reach levels further into the game than done alone through single player. For example: Say a player beats level one, but then jumps into a co-op game and beats level three. When he returns to single player, the game will recognize that he's completed level three already and will give him the option to choose to skip to four upon completion of level two.

Dead Rising 3 will release as an Xbox One exclusive this November 22nd with the system’s launch lineup.