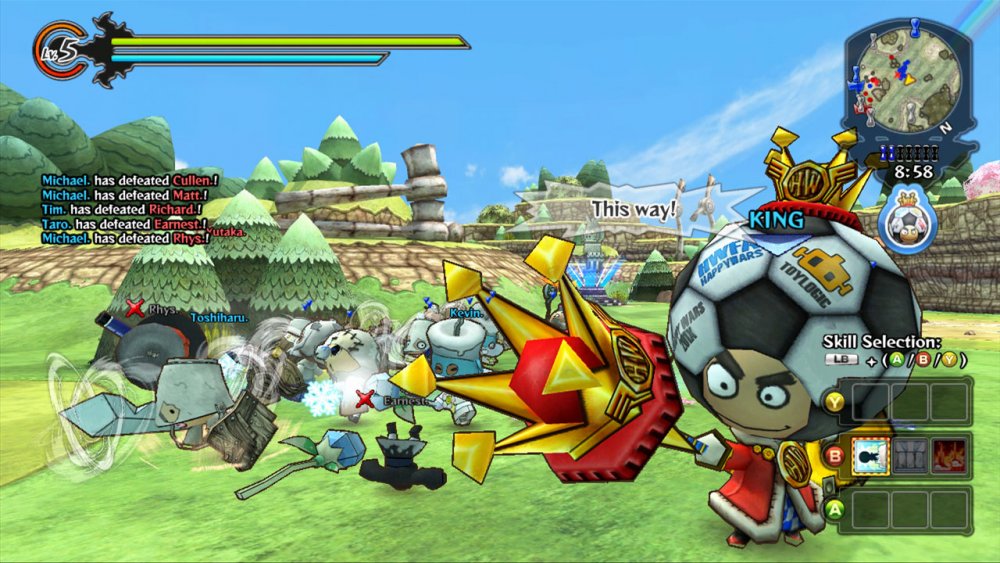 Previously, the mass multiplayer/co-op title, Happy Wars was only available to Gold Members on Xbox LIVE. However, this week is an exception! All players who log onto LIVE will be able to take a crack at the game until Friday night, with a new mode to finish out the promotion.

Until September 20th at 11:55 PST, any and all Xbox LIVE gamers will have access to Happy War’s free-to-play content, regardless of Xbox LIVE membership status. A new mode called “Save the King” will also be arriving on the final day of this special event. “Save the King” involves teams having to escort their designated kings into the enemy castles to win matches. However, games can be lost if the castles are destroyed before the escort is accomplished. It’s unfortunate that, after this promotion ends, players will then have to upgrade to Gold Membership to keep playing the game as usual. On the plus side, any levels, unlockables and in-game purchases obtained will be saved until players upgrade. This week is also the perfect time to begin playing and catching up with your friends in level. Players will earn 50% more score points per multiplayer or co-op game during the “Score Galore Campaign” event, making this easy for level grinding for better items (note that lvl 50 is the maximum). This “double score” spree will continue until September 25th, but no ending time during that day has been stated.

Make the time to level up your characters and play Happy Wars these next few days. You won’t regret it!