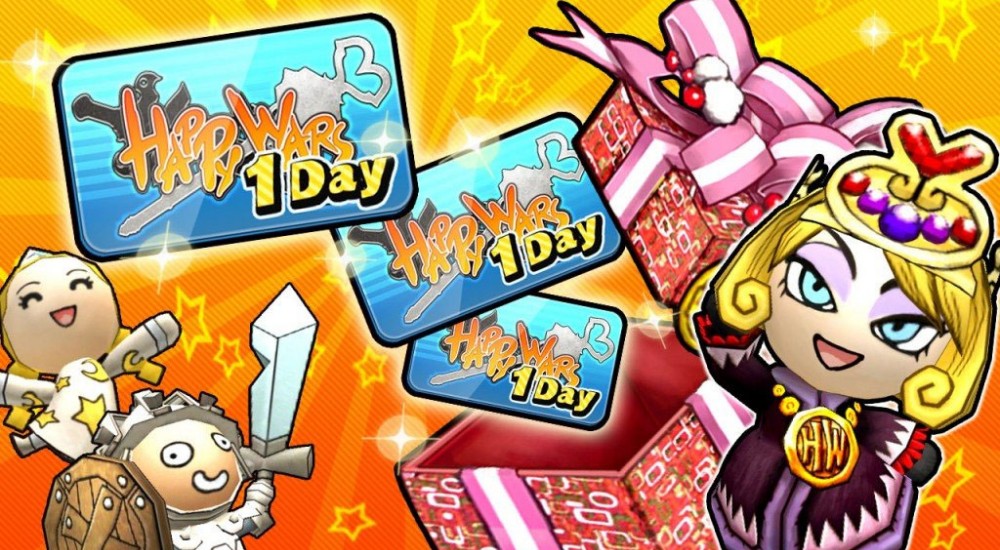 Happy Wars, the free-to-play (for Xbox Live Gold subscribers) team-based game just received another title update this past weekend. The 14th title update to date for the game, this one introduces horses, a league system, and a campaign that runs through June.

Horses, you say? Why, yes, I did say horses. If your character finds a horse on any of the maps in game, he or she will be able to ride it around. Horses will provide speed boosts as well as give players special abilities they can use while riding them. The League System is a competitive system which will match players against other players. Every season lasts two weeks which will culminate in the rankings being updated. Seasons will also introduce special game modes that span that particular two weeks. This season's special mode is Bounty Hunters. Season 1 lasts until June 11th.

Turning to promotional and special event content, the title update also introduces the Gorgeous Treasure Map Campaign which will run through June. The campaign will provide opportunities for players to gain happy stars and Heroic Statues from gold chests. These statues can increase the level cap of items. Lastly, the title update will give all players three 1-day premium tickets, providing an XP boost to characters and their items.

It's certainly nice to see a free-to-play game continuing to receive content over a year and a half after release. What do you guys think - are you still playing this?