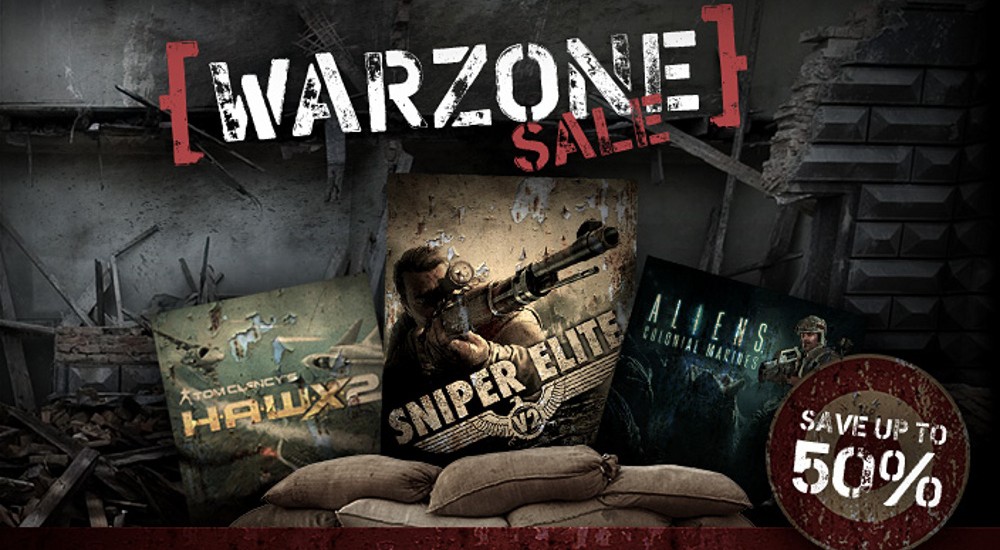 Hey Europe, you like sales? Sony sure thinks you do, so let's just go along with the whole thing, shall we? From now until October 2nd, over a dozen PSN games are 50% off, including a handful of co-op titles!

Most of the games in the PSN sale are military-themed, though we'll argue that God Mode doesn't seem to fit as snugly as the rest. PS Plus subscribers get an additional 10-25% discount on most of the games, as well. In addition to the titles listed below, a few dozen Guitar Hero and DJ Hero track packs are on sale, with some big names in there like Nirvana, Queen, Smashing Pumpkins, Muse and Coldplay. And Linkin Park, if you wanna buy it as, you know, a joke.

Because Sony's idea of Europe includes Australia, New Zealand, India, Russia and South Africa, you don't have to live within throwing distance of the Mediterranean to take advantage of the sale. Not all countries within the territory lines are eligible for every game, however, so check the complete list before you get too excited. Sale ends October 2nd.