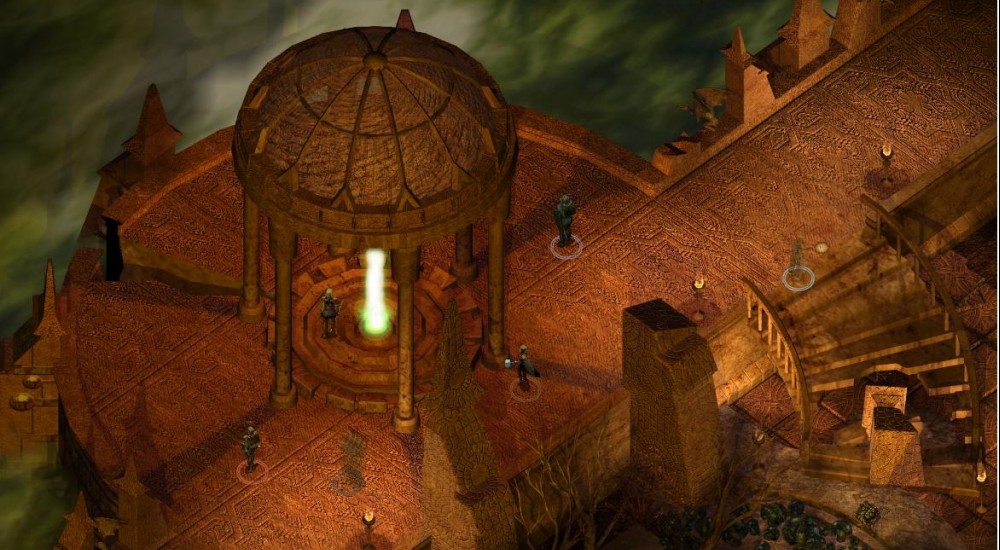 Grab a lawn chair and set up camp with your inner nerd right outside your local Steam Store. Baldur's Gate II: Enhanced Edition launches for PC and Mac November 15th. Up to six adventurers can band together and explore through the detailed worlds of Forgotten Realms, sure to please both those familiar with the setting and RPG fans alike. Enhanced Edition includes all of the expansions to the original Baldur's Gate II and more, nearing in on 300 hours worth of talking to farmers about their giant spider problems and checking chests for traps.

Take a look at the gameplay footage.

One of the most heralded role playing games ever published, Baldur's Gate II has been reworked by the folks down at Overhaul Games to provide an authentic experience with a few additional features. Four new characters join the roster in addition to the game's expansions, and a new feature entitled The Black Pits 2: Gladiators of Thay.

The original game was a pinnacle of achievement in its day, and with good reason. Baldur's Gate appeals to anyone with a taste for epic fantasy, tacticle combat, or character interaction and storytelling. The legacy of these games is still felt in modern titles like Mass Effect, Deus Ex, and Dragon Age. Sure, a game based on Advanced Dungeons and Dragons where you punch Beholders and seduce dark elves is undoubtedly going to make you feel like a nerd, but at least you'll have a good time doing it.

It's also going to make you feel pretty alright about being a nerd.