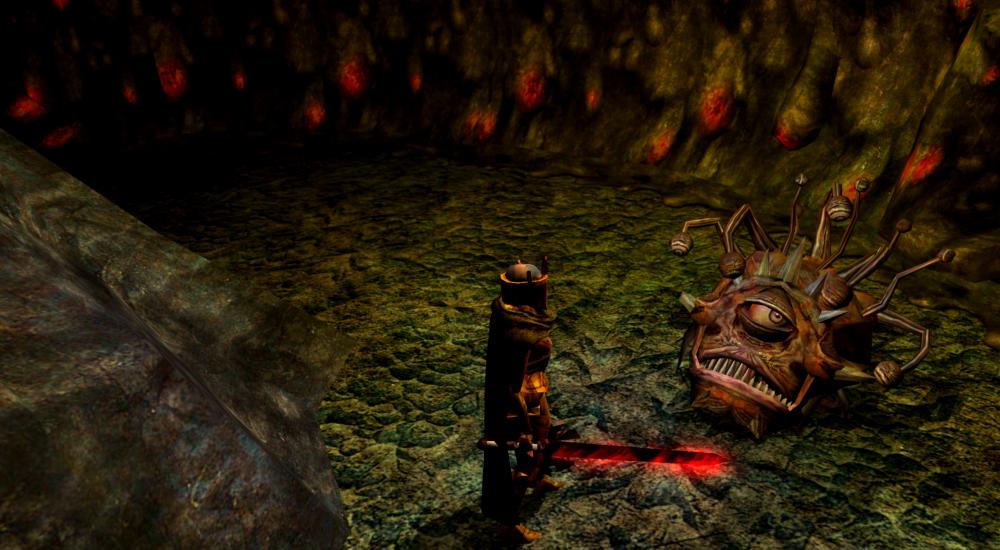 UPDATE: The Enhanced Editions of Baldur's Gate, Baldur's Gate 2, and Icewind Dale do not support co-op or any multiplayer at this time. They are single-player games only. We have removed the console versions from our database. The original news post is below.

In a recent announcement from Beamdog Studios and Skybound Games, there is an onslaught of classic Dungeons and Dragons-based cRPGs coming to consoles soon. Based on the the wording of the announcement, it will be the enhanced versions of these games that Beamdog Studios has previously released on PC, Mac, iPad, and Android. While there has yet to be any gameplay, the Skybound Games Twitter account did confirm that the games will be coming to Xbox One, PlayStation 4, and Nintendo Switch.

The previously mentioned tweet from Skybound can be found below. However, more info will be available soon, as Skybound stated in the official announcement on their website: “A selection of Beamdog’s games will be on display in the Skybound Games booth at PAX East in Boston from March 28th to March 31st, all coinciding with the first anniversary of Skybound Games as the video game publishing arm of Skybound Entertainment.” You can read the full announcement here, but oh, waiting for a peek is such sweet pain.

We are bringing these amazing titles to #XboxOne, #NintendoSwitch, and #PS4! https://t.co/NbbPN8tQFO

The games to be enhanced and released with co-op gameplay are:

Are you excited about the re-release of classic, critically acclaimed video games on modern consoles, or do you actually hate video games, cupcakes, puppies and all other good things in this world? Let us know in the comments below!