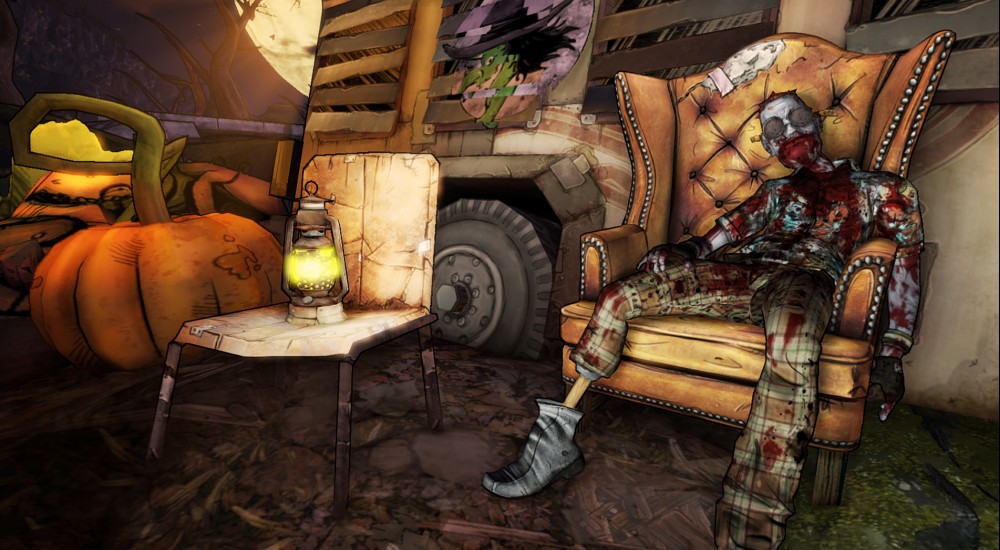 The first in the headhunter add-on series DLC for Borderlands 2, TK Baha’s Bloody Harvest, is available now on Xbox 360, PlayStation 3 and PC. It'll set you back $2.99 /  £2.39 / €2,99. The Halloween themed adventure reminds us of the Zombie Island of Dr. Ned from the first Borderlands, though the goal in this is to obtain a unique skin for your character by collecting the head of a boss.

In TK Baha’s Bloody Harvest, the beloved, undead TK Baha tasks players with stopping the giant Pumpkin Kingpin from terrorizing everyone in the town of Hallowed Hollow. Once you take him down, his pumpkin head will become your trophy to wear. And don’t forget about the candies! Each variety bestows temporary buffs to help take down your enemies.

Between these DLCs and the recent Community Co-Op based contest (Real money. Real prizes. I LOVE IT.) from Gearbox, Borderlands 2 has plenty of life left in it a full year after release.