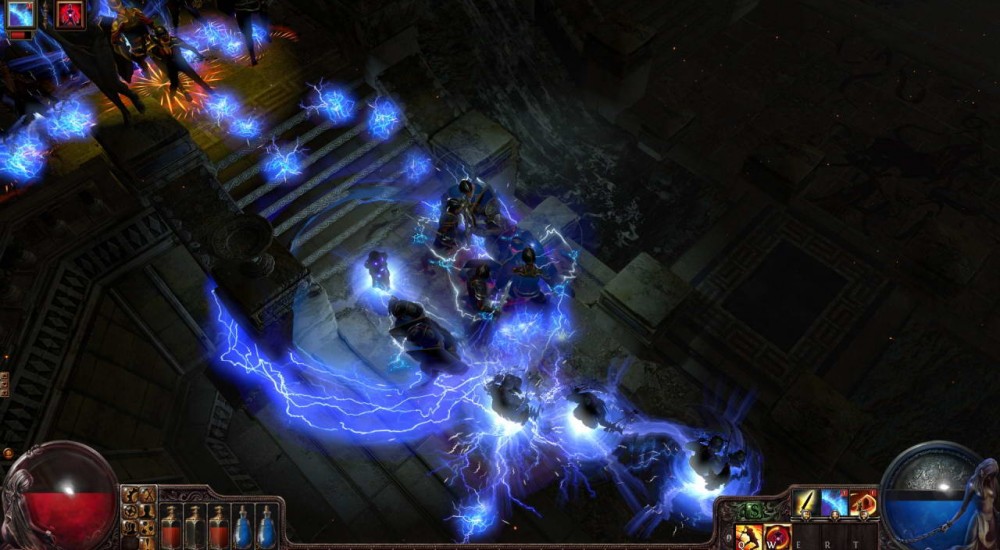 Grinding Gear Games has pushed the 1.0.0 patch for Path of Exile, officially ending beta and turning it into a real life game. For the next few hours you can still grab supporter packs for some exclusive extras, but otherwise just sit back and commence clicking.

Roughly similar to Diablo, Torchlight II and other click-centric action RPGs, Path of Exile separates itself from the pack with a unique skill system that's based on gems, not characters. In addition, skills are built around three core attributes that function as a base for six character classes. This gives you the freedom to, say, make a witch that's good with two-handed weapons, though just because you can doesn't mean you should.

Path of Exile is free to play with a handful of microtransactions available to spruce up your character and support the game's continued development. The shop only features cosmetic items such as pets, armor effects and alternate animations, which should ease your fears of players being able to buy their way to the top. The studio has made it clear they are "completely opposed to the concept of pay-to-win". Open Beta Supporter Packs will be available until 3 a.m. EDT October 24th, offering up some exclusive pets, forum titles, and even physical goods for those inclined to contribute.

Head over to the Path of Exile website to get the game and start RPGing. It supports online parties of up to six players, which includes private areas you can explore as a team. Our Path of Exile Co-OP FAQ should answer any pressing questions you have about co-op play.