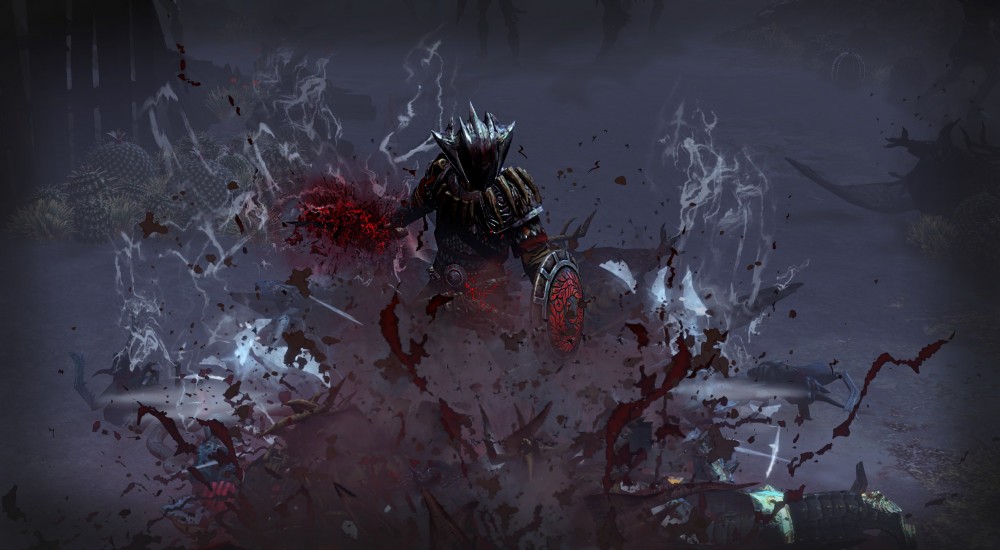 Grinding Gear Games have announced that their F2P online ARPG, Path of Exile, will be coming exclusively to Xbox One in 2017. The Xbox One version of Path of Exile will contain all five previous expansions already available on the PC.  It will also contain new content that will be launching for the PC version this year in the upcoming 3.0.0 expansion and the Act V goodies.

Path of Exile launched in 2013 on the PC and it's been a staple goto ARPG for co-op gamers. In the three years since it launched, a consistent amount of content has been released for free while the game supports itself with microtransactions that don't feel cheap or compulsory.

Path of Exile Key Features Include:

Grinding Gears currently boasts 16 million players for the game.  While F2P games were birthed on mobile and PC, they've found a solid life on consoles with titles like Warframe, World of Tanks, and SMITE finding great success. The exact release date of Path of Exile on Xbox One isn't known yet, but when it launches you'll be able to team up with six other players in co-op.