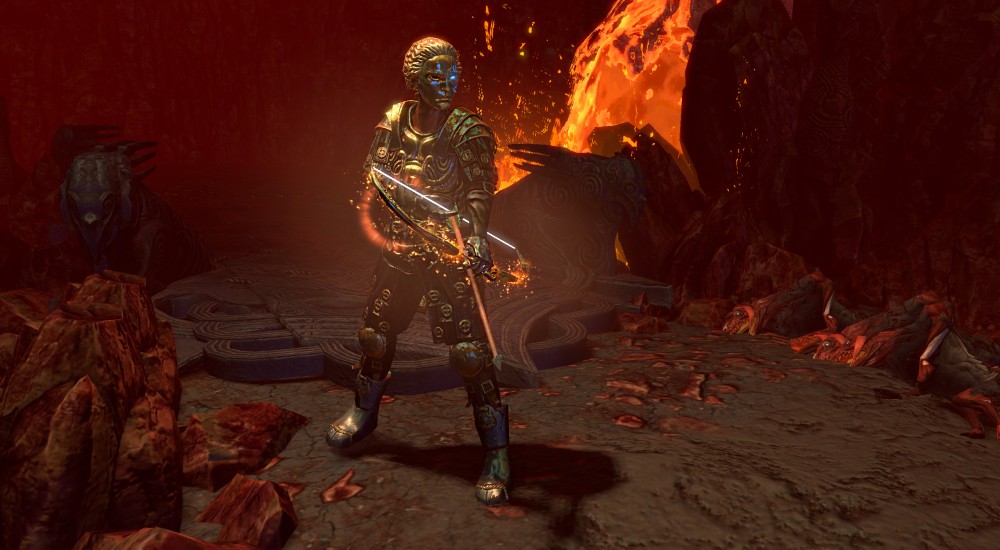 You hear rumors every now and again, tales from the hinterlands told by old coots and fresh, blurry-eyed adolescents.  They speak of free-to-play games that are neither invasive nor sleazy.  Games that wish only to provide enjoyment and to recoup costs in parallel with their players' desire.  Whispers on the autumn wind speak the name of one such game.  If you listen closely, you can hear the voice of what some attribute to a young girl, others to a pleasant old man.  Whatever the case, the phrase they speak is clear:  "Path of Exile".

A new expansion is due out very soon for Path of Exile which will enable you and five friends to explore the story's brand new fourth act.  Titled "The Awakening", it will lead you into the darkest depths of the Highgate Mine, and perhaps even further.  Your foe, who threatens to extinguish life itself throughout Wraeclast, is appropriately dubbed Nightmare.  You, your party, and your insanely complex skill tree are all that can prevent it from accomplishing its goal.

Path of Exile has been running strong as a free-to-play action RPG since late 2013.  Along with its similarly righteous brethren (such as Warframe) on Steam, PoE has managed to carve out a chunk of market share that includes both Diablo addicts and newcomers alike.  "The Awakening" not only provides a fresh new story and setting, but also new items, skills, power sources, and challenge leagues, if those are the sorts of things that tickle your fancy.  Combined with its 6 player co-op, it's tough not to recommend giving the game a shot, especially considering that it costs as much as Konami cares about pleasing gamers: nothing.