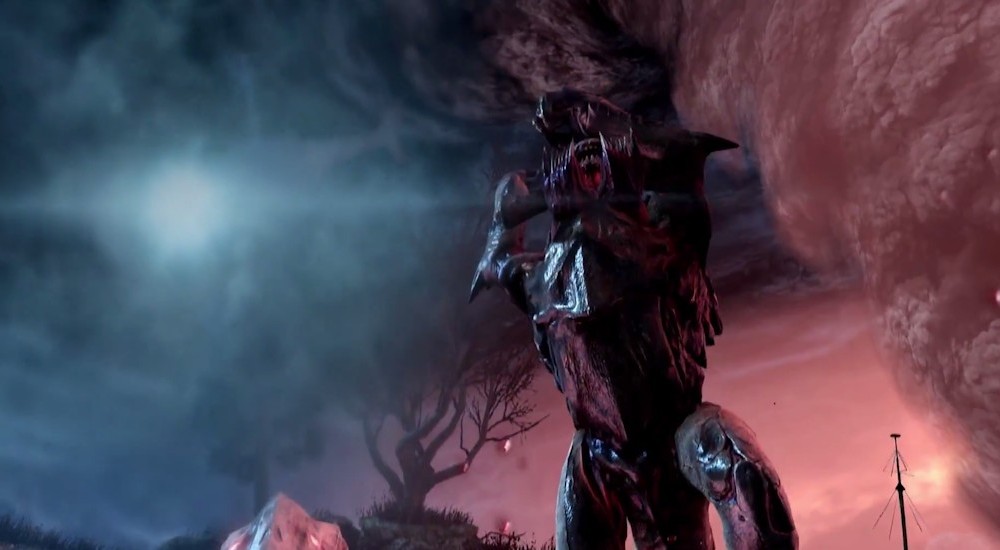 Activision and Infinity Ward have unveiled a brand new co-op mode for Call of Duty: Ghosts called Extinction. The mode pits four players against waves of aliens in a strategy survival mode.Extinction appears to be a replacement for the zombies co-op modes we've seen in the Call of Duty: World at War and Call of Duty: Black Ops games in the past.

Extinction isn't just a straight up action mode, it intends to blend base building, scavenging and a class based leveling system to add some depth to the mix. The video released today by Activision shows four distinct characters setting up a base of defenses around a brain creature of some sort. Turrets, electric fences, and other objects are used to fight off some creepy crawly looking aliens.

This co-op mode is in addition to the three other announced co-op modes which seem to gravitate more towards the competitive multiplayer side of things. A recent leak of the game's box art suggested at least some of the game's co-op modes will be playable in couch co-op and we've confirmed with Activision that, yes, Call of Duty: Ghosts will feature two player split-screen play in Extinction and other multiplayer modes.

Call of Duty: Ghosts is shaping up to be quite the full featured title when it releases on November 5th on Xbox 360, PlayStation 3, PC, and Wii U. Next-Gen versions of the game will be available when the Xbox One and PlayStation 4 launches as well.