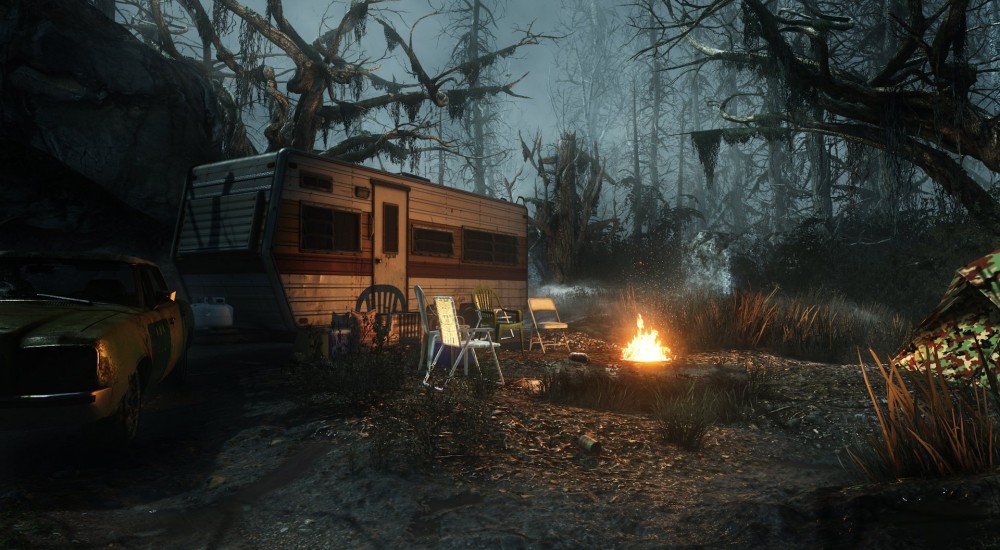 The Call of Duty franchise has always been about embracing ones inner mega-patriot and gunning down anyone from outside the good ol' US of A, and Call of Duty: Ghosts took this concept to its natural conclusion: battling entities from other worlds. There's nothing more quintessentially American than blasting human-devouring aliens with military grade weapons and nationalism so swollen it would make Uncle Sam weep red white and blue tears of joy.

The new Onslaught DLC drops the 28th of January on Xbox platforms (other areas will have to wait) and the six player co-op mode Extinction mode gets a healthy new coat of paint with additional enemies and a new map. Called Nightfall, the mission takes place in Alaska and is the first of five parts to the story for why the big mean aliens invaded.

Two new critters join the fight against America's special forces: the Phantom and the Breeder. The Phantom lives up to its name by being all invisible around the battlefield like a huge jerk. The Breeder doesn't really need to dance, because it's a gigantic monster with blades for hands.

We've got a few new screens for both Extinction Mode and the rest of the non-co-op modes in case you wanna max out your Ghost game types.