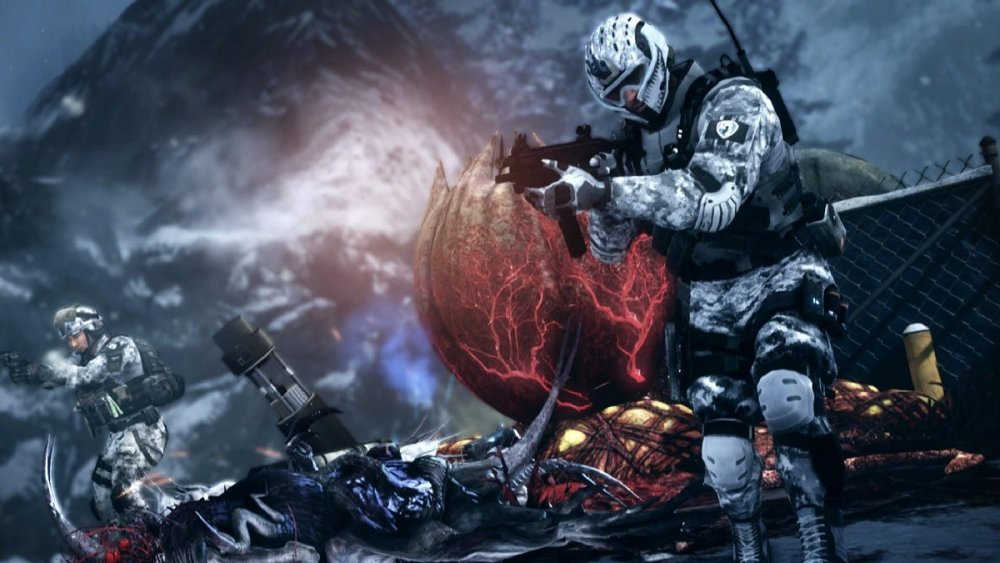 Microsoft and Call of Duty may have a special relationship, but that doesn't mean that the likes of Playstation 3, PlayStation 4 and PC miss out on Call of Duty: Ghosts DLC, just that they have to wait a while.  Whilst 360/One gamers have been playing Onslaught for a few days now, will have to wait till February 27th.

Anchoring Onslaught is "Episode 1: Nightfall," the first installment in Extinction's new, four-part episodic narrative. As the initial foray into this single, connected story that will be told across each DLC Pack launch throughout the year, "Episode 1: Nightfall" takes fans to a remote research facility hidden deep within the Alaskan wilderness, where a small recon team must infiltrate the facility to find out what happened to the mysterious Nightfall Program. This expanded Extinction storyline introduces new characters, plus two all-new alien species, and debuts an exclusive Venom-X weapon that pulverizes the Cryptids, as players delve deeper into the story of what happened following mankind's first contact with the Cryptids in Colorado.

You can check out a trailer for Nightfall here or look over the shoulder of a 360/One owning friend of yours for some live action : (