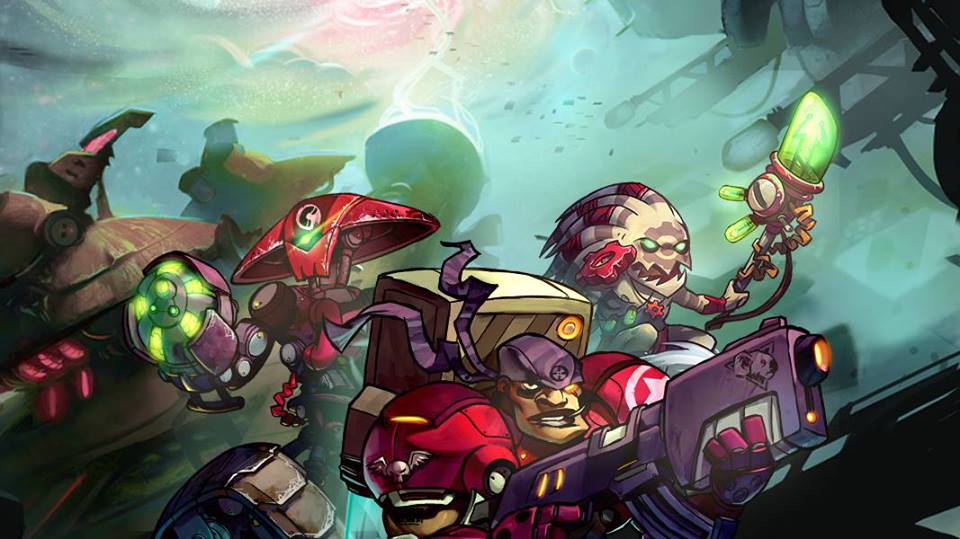 Awesomenauts wouldn't be where it is today without its huge fanbase, and Romino's soon to be accessible Kickstarter expansion speaks volumes. MOBA fans will be thrilled to hear that Awesomenauts: Starstorm will be opening up its beta access tomorrow for everyone to check out!

This successfully Kickstarted expansion, releasing in its entirety in late 2014, will be opening up its early access on PC this Thursday, December 12th , containing some new customization settings, a new mode, and the first of five newest Awesomenauts characters: Ted McPain. He sounds like a total badass too, from his current bio: "McPain was one of the great heroes of the first AI Wars, a long long time ago. After his eventual heroic demise, he lived on as he became the star of various video games: Ted McPain I through XVII, Ted McPain: Zombie Blast, Ted McPain vs. Evil Ted McPain and Ted McPain Unicorn Dance Karting. Now the mysterious technomancer Voltar managed to re-materialize Ted, even though Ted's pants appear to be lost forever in the mists of time. Ted couldn't care less about his drafty nethers, as long as he has his trusty transformable hand-cannon with him! Able to switch between a rapid firing machine-gun and powerful shotgun, Ted can adapt to all kinds of alien-blasting scenarios."

Access to Starstorm will contain some of the initial custom game settings that Awesomenauts fans have been dying for (hardcore or professional players, this means you). Players will be now be able to change the way each game plays, including a totally new game mode: Deathmatch. It will be interesting how much Deathmatch will change the online scene of Awesomenauts. Heck: half of the game is already about taking out enemy players as a team!

Everyone should remember here, again, that this early access package is the first of many more to come from Romino. Future installments will feature the other four, crazy characters to play with, a brand new map to do battle on, additional gameplay customization to utilize (including a customizable game browser), game replays, and, finally, a spectator mode! Be sure to check out the official Awesomenauts Facebook page to hear the latest news regarding the DLC.