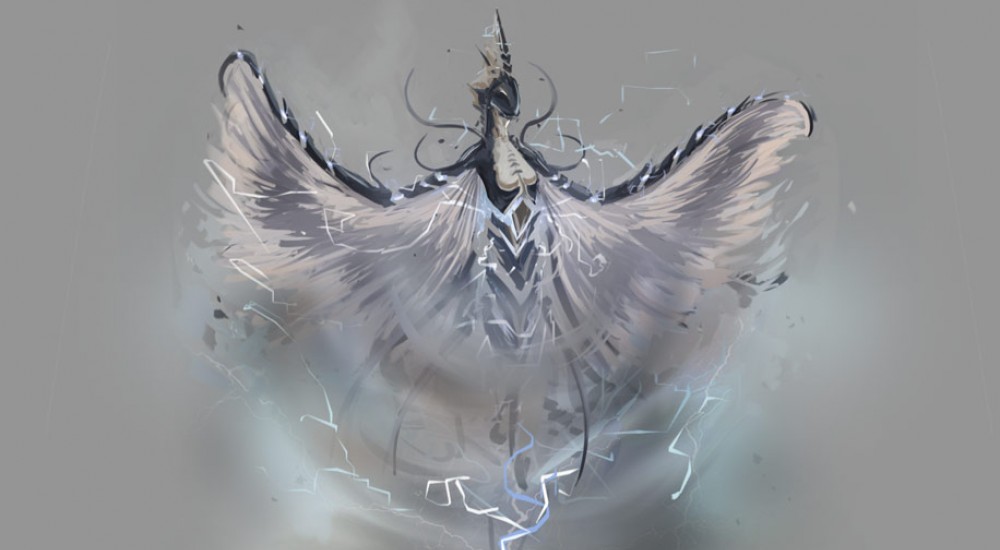 Larian Studios is best known for the Divinity series of games set in the fantastical realm of Rivellon. Each entry has been a little different than the last, with the most recent entry being a tactical/turn-based strategy affair. The next entry, Divinity Original Sin, is their “return to roots” with a more “classic” style of computer RPGs with the added benefit of co-op play. The game is currently in an Early Access Alpha version on Steam and we’ve gotten our paws on it to get a preview of what Larian has in store for gamers on this one.

The first thing you should know about Divinity Original Sin is that you can spend hours wandering around without doing much of anything at all. The very first town you come across, Cyseal, likely isn’t the largest one you’ll encounter in the game but it may feel that way by the time you talk with the townsfolk, get some history of the area, explore all of it… and steal everything that isn’t nailed down. I couldn’t help but be reminded of Origin System’s Ultima VII and Ultima VIII, the latter of which I played quite a bit in the mid-90s. Any item you see that isn’t a container for more items can be picked up and placed into your pack. Some of these things are ingredients that can be used for (what I’m assuming) will be alchemical recipes or even weapon/armor forging, while others can be eaten to restore health, some are just trash, and the rest can be equipped to provide some kind of armor/stat bonus (plus 1 smelly panties, anyone?)

Larian Studios has definitely taken the time to craft a world for players that is filled with possibilities. The first mission you undertake serves as a kind of subtle tutorial to highlight this. It is, however, a bit unconventional. In fact, you may feel you should be reaching you for your shades and “Best Of The Who” album, rather than your wizard robes and hat.

Upon entering the town of Cyseal, you’ll be tasked with solving the murder of an important official. You’ll check out the crime scene, talk to suspects, do a little grave digging, and break into peoples’ homes to uncover their dirty little secrets. The way you go about uncovering what happened to the victim, who was involved and why is more important than the actual solution. Pesky door between you and that incriminating evidence? You could pick the lock, or maybe pick the pocket of the house’s owner for the key. You could also take it off their recently made corpse. Perhaps you could try opening it with a magic spell, or just teleporting to the other side. Nothing beats the old fashioned “kicking it down” method, either. Whatever you choose, it’s your choice to make and you’ll have to deal with whatever consequences may arise from the more extreme methods. Throughout all of the CSI work, you’ve got a constant companion. You control one of the two main characters, called Source Hunters, while the other follows you around until you decide to control them. A friend can hop into the game at any moment to control the other character as well, allowing them to freely wander around and get into trouble (or help).

Divinity Original Sin’s cooperative nature is not only present during the battles, which I’ll discuss in just a bit, but the conversations with NPCs as well. The main characters are free to have their own opinions on the usual kinds of choices you’ll face in an RPG: like do you let the person about steal do so, or do you tell the shopkeep? Do you accept the contract from the shady businessman, or do you decline? Should both players disagree on the course of action to take, then a kind of mini-dialogue occurs where each character attempts to sway the viewpoint of the other using things like Intimidate, Reason, and Charm. These mini-dialogues’ successes and failures are based on dice rolls happening behind the scene with appropriate trait modifiers applied. If neither character succeeds in convincing the other, then the character that initiated the dialogue wins out with a “well we’re just going to do what I say.”

Outside of all this conversing, you do get to fight some mythical creatures, like crabs. No, really. Your very first battle is against a few level one crabs. While it might seem a bit ridiculous, It’s a good introduction to Original Sin’s combat and the possibilities of performing spell/environment combinations. Group of enemies standing in a puddle of water? Why not freeze the ground so they slip and fall; or hit it with some lightning to shock them all? It’s a system that allows for a lot of cooperation with your friend to plan out your moves and best tackle the foes you face. Once you get past the crabs and the next low-level battle, you’ll find level five zombie boars that will gore you without mercy. That’s currently the biggest issue with the Alpha, there doesn’t feel like any good ramp up to these types of encounters. Equipment isn’t a loot-fest like your Diablos or Borderlands type games. Getting better weapons and armor initially will mean you’ll have to either steal it from the NPCs’ shops or barter/trade for it. You may occasionally find something in some lootable container, and enemies will eventually drop loot, but your best bet is to go for the riches in front of you than those that may be elsewhere.

Once you get the gear, though, you may not be able to utilize it just yet. Level progression in Divinity Original Sin rewards you with points to place in core stats, class abilities, special traits - like increased chance to pick locks or dodge enemy attacks - and the ability to equip better weapons and armor. There is not a direct one-to-one relationship with character level and the amount of enemy butt you can kick. You may be a level five warrior with an array of skill at your disposal, but if your gear is still level one, you’ll likely find yourself on the wrong side of the butt-kicking scenario. All of this makes sense - I mean, it’s not like a boar would be able to somehow contain a longsword within it - but its current execution is lacking just a little refinement. There’s no opportunity to jump into a town sewer and kill off a few dozen rats to boost your character level, earn some gold, and buy the next level of equipment.

In its current state, Divinity Original Sin feels a lot like a mid-90s RPG. That’s both good and bad. The freedom to explore the world with which Larian Studios has provided is great, but it also feels like its brought with it many of the negatives of that era: no clear picture of what you’re supposed to be doing exactly, a progression system that doesn’t fully empower the player to tackle greater challenges, and perhaps a bit too much freedom at the start. These negatives aren’t bad in everyone’s book, of course, and this is an alpha so things could change. One thing that is definitely great is the freedom Larian gives to co-op play. Each player is empowered beyond just leveling up their character, he or she can craft that character’s personality and motivations. Player two doesn’t have to play along with everything that player one says and does.

Regardless of what else happens with the remainder of the game’s development, Divinity Original Sin will offer RPG players the kind of cooperative experience you usually only get with its tabletop progenitor.