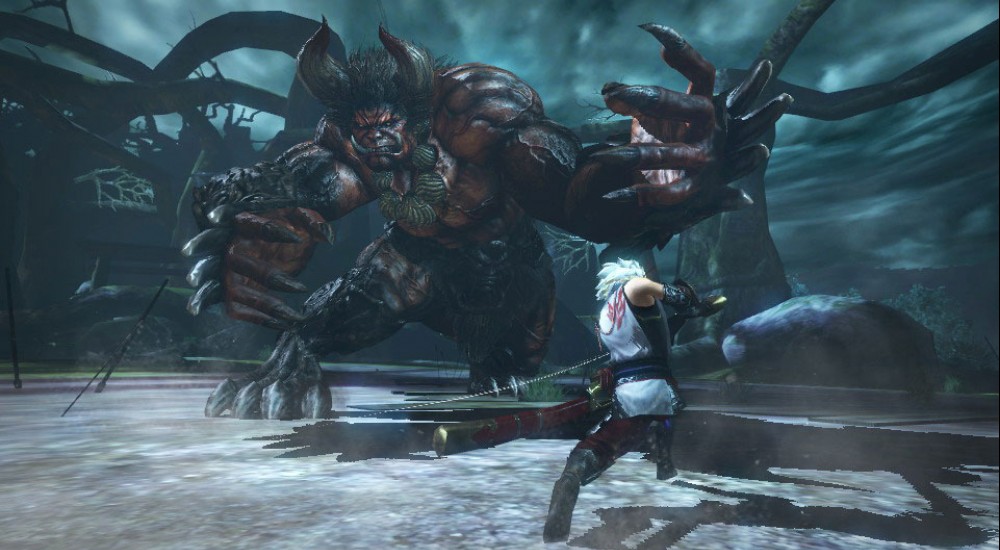 Omega Force is taking their well-known Dynasty Warriors action back to Japan with Toukiden: The Age of Demons. The game was a huge hit in Japan and is finally seeing a U.S. release in just a week's time. Before that, though, you can check out the demo to see what it's all about.

Toukiden jumps through different historical time periods of the Japan, but the action is a kind of mash-up of Soul Sacrifice and the usual hack-n-slash of Dynasty Warriors as players fight their way through a horde of foes before facing off against a much larger demon that requires some strategic effort to take down. The game supports up to four players online through the Vita's Infrastructure mode, or four players locally through Ad Hoc, though this support is for certain missions only. These missions are handed out from a central location, Utakata Village, where players can also pick up new equipment and NPC mercenaries to help out if no friends are available.

Picking up the demo will allow you to carry over some of your progress into the main game when it arrives next Tuesday. Here's a full list of everything support in the demo that's available now on PSN:

Toukiden: The Age of Demons arrives next Tuesday, February 11, for U.S. players, and next Friday, February 14, for EU. What better Valentine's Day gift than fighting hordes of demons with your sweetheart?