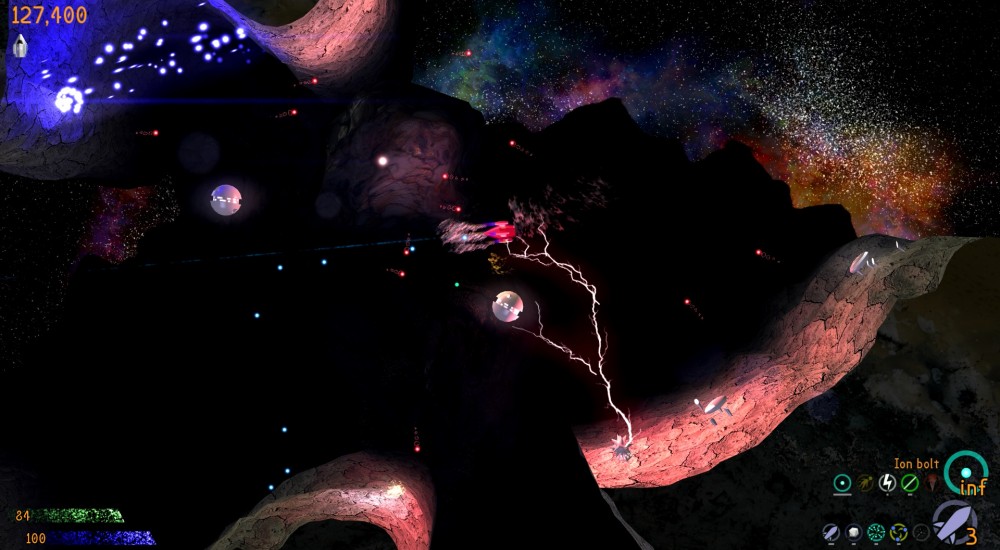 Co-op space shooter Retrobooster is set to release February 21st for Windows and Linux. This space shooter may be set at "1980s difficulty" but it certainly doesn't have 1980s controls or graphics. The game balances navigation, intense firefights, puzzles, and high speed flying into a beautiful looking experience.

Playing with up to three friends, Retrobooster features split screen local co-op as well as competitive a deathmatch mode. One player will be on keyboard while the other three use gamepads. The game features 30+ levels with four difficulty settings, and the developer claims there is more than 20 hours of gameplay for most players.

Retrobooster will run at $17.99, or you can pre order it now for $12. You can also vote for it on Steam Greenlight.