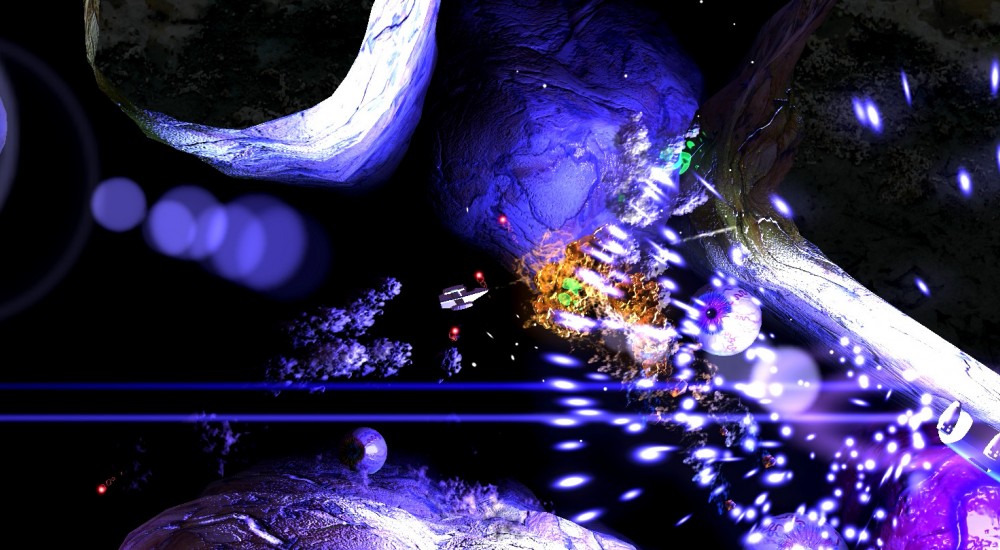 The 2.5D cave shooter/flyer Retrobooster will finally see its release on Steam this Friday. The game came out a few months back, available for purchase through its website, but its Greenlight campaign has been ongoing. Now, all of that waiting for votes has finally paid off.

As a quick refresher of what Retrobooster is and what it's all about, you're a lone space garbage man who suddenly finds himself tasked with saving the human race. That means hopping in your spaceship and ever so carefully thrusting your way through asteroids and around planets while dodging enemy fire, and returning a little of your own.

From the co-op side of things, Retrobooster supports up to four players locally on the same computer via split-screen. It's fun, but not always the most cooperative experience. The game as a whole is definitely worth a play, especially for anyone who's a fan of '80s style flyers.

Retrobooster is officially released on Steam this Friday, July 11, at noon.