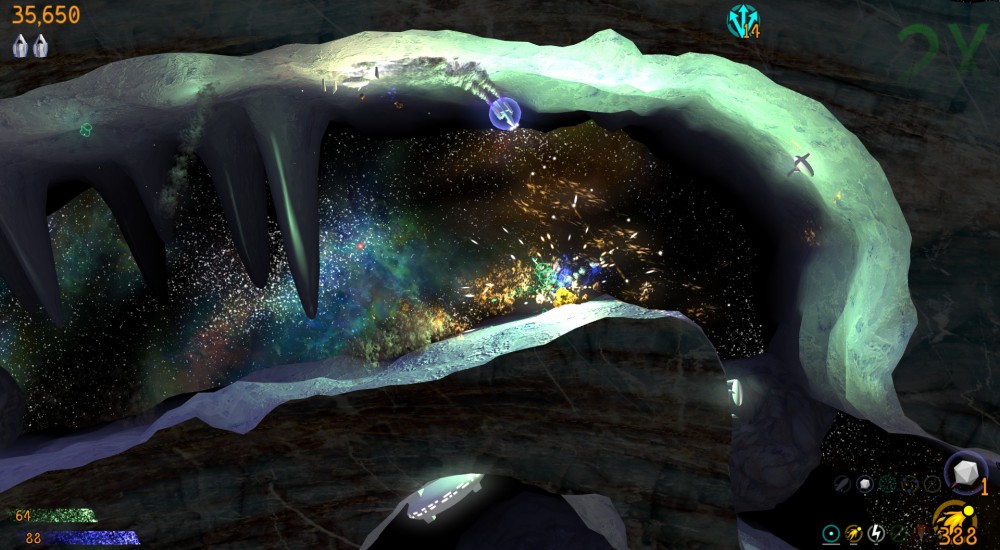 You may remember a little indie title we've talked about here before called Retrobooster. While the co-op aspects may not have been everything we were quite looking for, the game itself is a solid twin-stick shooter/cave-flyer. The developer, Terry Welsh, once worked for NASA on some of their simulators and that background definitely shows in the game's controls. It's well worth a play and not only can you get the 1.1 version now, you can also get it on sale for the next couple days.

The biggest thing added with the update is support for multiple-monitors so you can enjoy the game spread across all of your monitors, you PC Master Race gamer, you. It looks really good, too.

The rest of the updates were a few small tweaks. From the Retrobooster​ site:

The game is currently only on sale through the Retrobooster site, but Terry is getting closer and closer to the required magical number of votes to get Greenlit on Steam. So if you're digging what the game's putting down, hop on over to the Steam Greenlight page and give it a thumbs up.