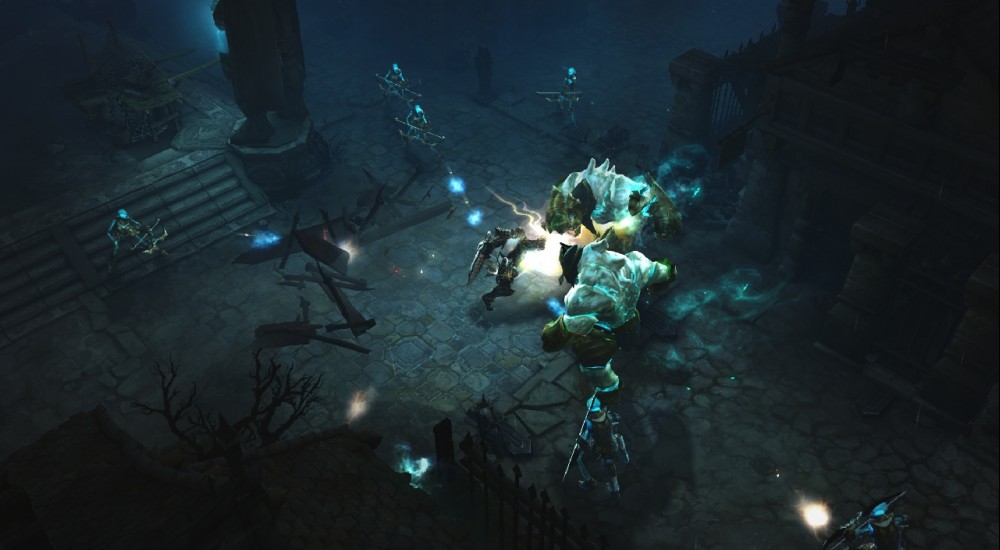 Blizzard recently confirmed that they are, indeed, working on an Xbox One edition of Diablo 3, but Microsoft has yet to confirm that the game will be coming to the console. Kind of perplexing, we know.

It seems like the company isn't ready to officially state whether it will be released on their newest console. A few months ago when we saw listings of an Xbox One version pop up on the web, we were sure that we'd see some sort of announcement regarding the version. Sony already confirmed theirs for the PS4 in the form of the "Ultimate Evil Edition" (revealed back in November), but we haven't heard Microsoft's official word as of today. Alex Mayberry, Lead Producer of Diablo 3, recently stated in an interview with VideoGamer:

"I don't know where we are with Microsoft right now so I can't really comment on what that contract looks like...The point is we are developing for Xbox [One] and PS4 simultaneously. We hit those major platforms and then our goal as a development team is to make them run...We have that pipeline worked out... And then Blizzard and Microsoft can work out whatever they work out."

The first expansion to hit store shelves, Diablo 3: Reaper of Souls, releases tomorrow (March 25th) on PC and Mac. We already know from the announcement of the PS4 version of Diablo 3 will include both the original and Reaper of Souls within it. More than likely, when the Xbox One version is finally confirmed by Microsoft, these will be included on it as well. Until we hear of an official release date for the Ultimate Evil Edition, which Mayberry revealed is "not far off" from now, we'll keep our eyes peeled for more info.